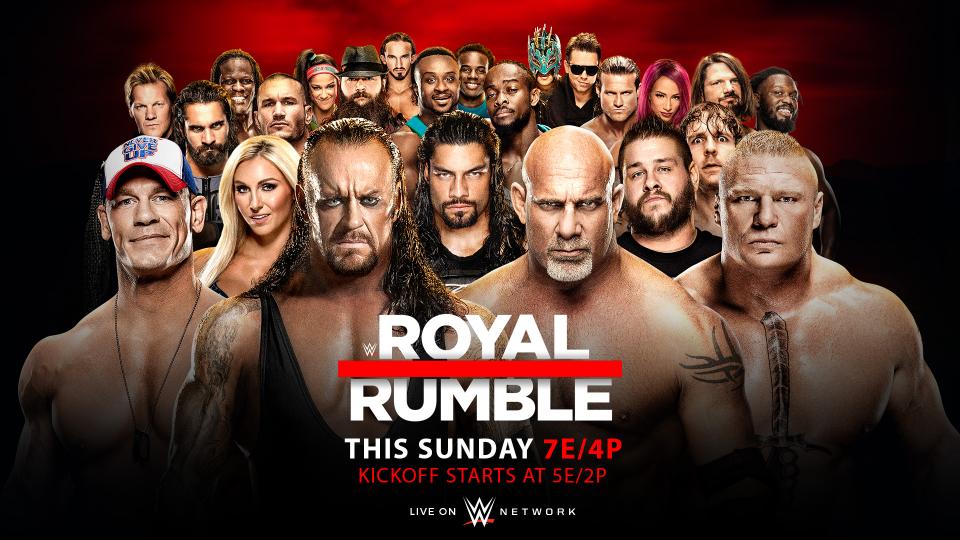 The entrances alone will take about 10 minutes for these guys. I’m not complaining about that because I love both of their songs and the way they are presented to be huge stars, thanks to the way they enter the arena. I’m a huge fan of both. If Roode wins the title, then people are going to expect Nakamura to be in the Rumble match on Sunday. It’s a possibility, but I think it’s more likely that Nakamura retains the title.

This one is easier because Asuka’s the undefeated champion and I don’t think any of the other girls are at a level where they should be getting the win over here. Asuka may lose the title to Ember Moon when they have a match, perhaps at WrestleMania weekend, but I doubt it’s before that.

I’m a huge fan of Gargano & Ciampa. Their matches against The Revival last year were incredible. Some of the best tag matches I’ve ever seen in 30+ years of being a fan of wrestling. However, they are against the Authors of Pain here. The match quality won’t beat the same level as the DIY/Revival matches because the AOP guys are inexperienced and basically just bigger guys there to look mean. Let them hold onto the gold for a little while longer. It wouldn’t shock me if there’s a title change just because the Authors of Pain have been booked strongly since they’ve been in NXT. I just think the champs should retain since they just won the titles two months ago. These guys are buddies who go back 15 years when they were wrestling in southern Ontario, so I’m sure it’s a thrill for them to have a match at Takeover. Both guys could use the win since Young is new and Dillinger has been there for several years, but he hasn’t found a way to break though. I’m leaning towards Dillinger to win, due to Young’s Sanity buddies making some kind of mistake to cost him and Dillinger will find a way to win.

It should be a good match because they are both skilled in-ring performers, but Almas has had troubles adapting to NXT in his first year. Now that he’s a heel, they should give him the win to get him some much-needed momentum. I like Strong a lot and think he’ll do well in NXT. This should be a win for Almas, though.

I don’t think this Takeover will be better than the last one in Toronto because the match quality won’t be at that level, but most Takeover events are very good. I also hope that there are some interesting story developments because sometimes it’s just match after match without any twists. A twist or two could help the show.

I’ll be back on Monday with a recap of the Royal Rumble. Enjoy it!