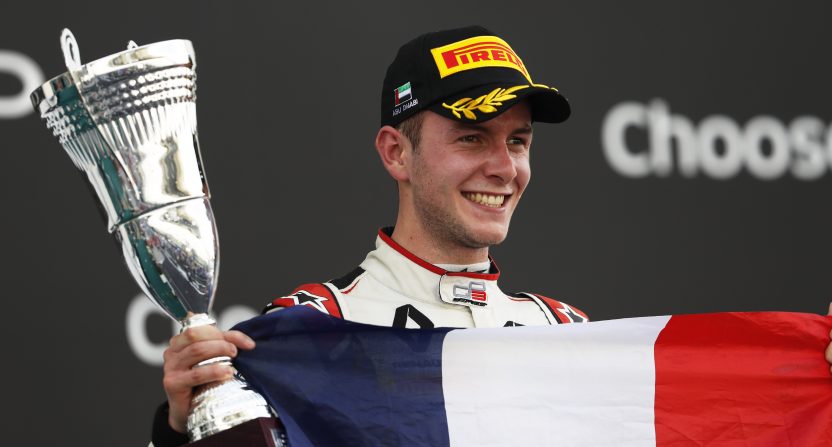 Auto racing is a never ending pursuit to try and make things as safe as possible for everyone, especially for the drivers racing at about 200 mph. Unfortunately, despite all the advancements in safety throughout history, racing is never going to be 100 percent safe and we got a stark reminder of that in Belgium.

On the second lap of the Formula 2 feature race at Spa, Frenchman Anthoine Hubert was killed in a crash coming off the high speed Raidillon corner. Officials quickly put out the red flag and after about 10-15 minutes, canceled the race entirely.

After winning the GP3 championship in 2018, Hubert moved up into the second level of formula racing and became a member of the BWT Arden team. Hubert adapted well to the bigger and faster car, scoring wins in the Monaco and Paul Ricard sprint races and sat eighth in points at the time of his death.

Due to the seriousness of what happened, the world feed didn’t show any replays of the accident. On the live feed, Hubert got some oversteer as he turned into the right hander on the Eau Rouge/Raidillon section of the track. The corner is taken at top speed and given the sharp elevation changes, it’s one of the most difficult corners in racing. Hubert looked like he was trying to correct the car and overcorrected going up over the crest of the hill, typically making the car light in general and making it even more difficult to regain control. On the next shot, the car was split in half right behind the driver compartment as the car of American Juan Manuel Correa was coming to rest upside down.

The live feed of the crash shown on TV just showed the beginning and aftermath of the crash but a fan video showed that Hubert hit the tire wall and was coasting to a stop when Correa had nowhere to go and drove into the side of Hubert’s car at 170 mph, splitting Hubert’s car and launching Correa’s car in the air, stopping upside down. According to the BBC and the FIA, Correa is in the hospital in stable condition.

The Spa-Francorchamps circuit has been a focal point in the advancement of safety. In the 1966 Belgian Grand Prix, when it was sadly common that multiple race car drivers would be killed each year, Jackie Stewart crashed into a telephone pole and landed in the basement of a building when the track went from dry to wet. While being pinned in his car, fuel was pouring on him (which could’ve ignited in flames at any point) and due to a lack of medical personnel and on-track marshals, fellow drivers Graham Hill and Bob Bondurant (who also could’ve been engulfed in flames) got Stewart out of the car after about 25 minutes. After finally getting into an ambulance, the ambulance driver got lost on the way to the hospital and that was the genesis of Stewart’s tireless effort to fight with management and track owners to improve safety in the cars and track and to have on-track medical facilities and personnel.

Many drivers across motorsports posted tributes honoring Hubert and sent their condolences. It’s a sad reminder that no matter how things are safe in auto racing, nothing is ever going to be 100 percent safe even though the goal is to get as close to that as possible.

UPDATE: Other angles of the crash revealed that Giuliano Alesi was the car that lost control and not Hubert. Hubert crashed trying to avoid Alesi. Correa underwent surgery for fractured legs and a “minor spinal injury” according to Motorsport. The FIA announced that Sunday’s sprint race would be canceled but the F1 race will run as scheduled.