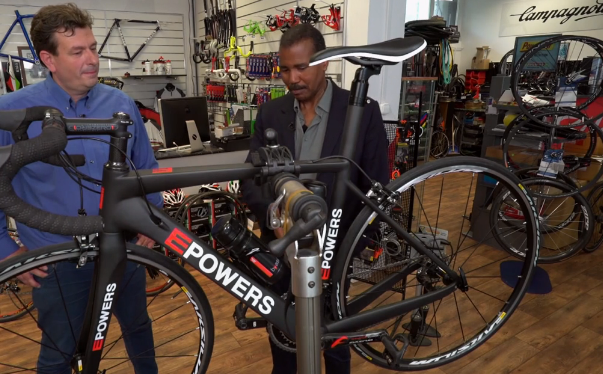 Cycling has seen plenty of controversy over the course of its history. Doping has been the most recent problem they have had to deal with, but it looks like there may be another way to game the system.

Varjas shows Whitaker the bike with a motor in it, only being powered by a lithium battery. Whitaker takes the bike for a spin and even remarks how it feels like he is on “flat ground.” The motor only activates during moments of high stress, when riders would be struggling.Varjas mentions how it would be tied to elevated heart rate.

The most surprising part of their conversation was how prevalent these types of motors are in modern professional cycling.

When Whitaker asks Varjas if he knows of professional riders who use bikes with motors, Varjas lets him know that his specific bike isn’t used by them. But when pressed, he concedes,”Yes. I know — I know this.”

Whitaker goes on to meet multiple other people, most notably Jean-Pierre Verdy, the former testing director for the French Anti-Doping Agency. Verdy investigated the Tour de France for 20 years.

Verdy noticed the trend in 2014 that people were moving faster on hills, and was told by informants that multiple people were using these hidden motors. In 2015, his informants notified him that 12 racers in the 2015 Tour de France had used motors.

It’s a troubling trend, but is a logical next step as athletes try to get any type of advantage they can. This 60 Minutes investigation does a great job of diagnosing the problem and whether or not the hidden motors will be an ongoing issue. While cycling may not have the popularity of other sports in the states, these types of investigations only help to weed out others who could be trying to gain a similar advantage across sports.