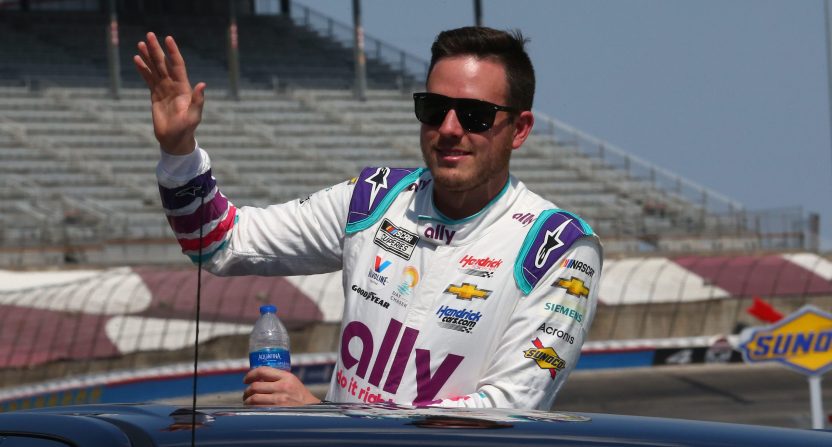 Alex Bowman was involved in an accident last week at Texas Motor Speedway and, due to concussion-like assumptions that he’s been experiencing since he will not be competing in Sunday’s NASCAR Cup Series playoff race at Talladega Superspeedway.

Hendrick Motorsports shared the announcement and said that he would be replaced by Xfinity Series driver Noah Gragson, who had 13 Cup-level starts in 2022. The 24-year-old driver has won four Xfinity races in a row and also won the April 23 NASCAR Xfinity Series event at Talladega.

“After undergoing medical evaluation due to concussion-like symptoms, I will not be driving the No. 48 Ally Chevrolet in Talladega,” Bowman said in a statement. “I’m disappointed but know my health is the number one priority. I am committed to follow all medical guidance to ensure I can return to competition as soon as possible.”

Bowman enters this weekend in 12th in the points standings and 30 points outside of the top eight ahead of the second race in the NASCAR playoff’s second round. Only the top eight drivers after this round will advance to the third round, which means that Bowman is essentially going to be eliminated from contention.

Bowman’s accident was one of many tire-related incidents last weekend at Texas Motor Speedway, which caused a lot of controversy around NASCAR circles.

The news about Bowman garnered a lot of strong reactions around the NASCAR world.

Hope to see you back on track soon. Praying for you buddy. 🙏🏼 https://t.co/OnMx2kTEfG

Noah Gragson will drive the No. 48 at Talladega. No word on who drives the Beard Motorsports entry that Gragson was set to pilot. https://t.co/GHWjxGWA5D

Join me in wishing Alex Bowman a speedy recovery. Sending positive vibes. I totally understand that racing is and will always be dangerous but this needs to stop, no excuses anymore. pic.twitter.com/JVPVYPVLok

Yeah, this car is a serious problem. https://t.co/EA4WXpOTqG