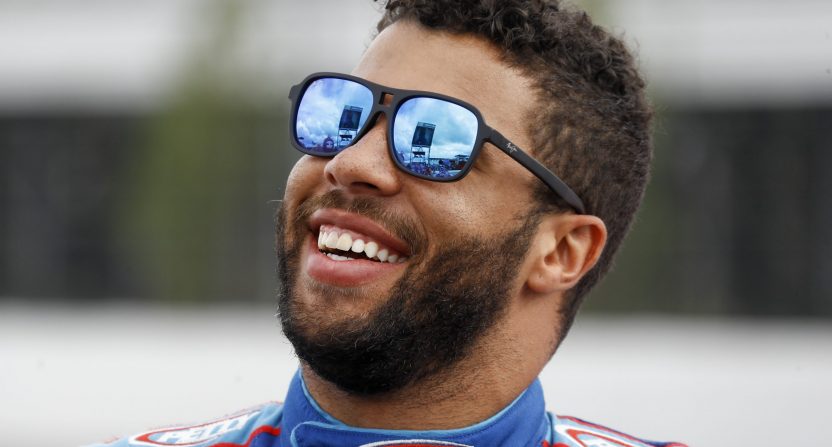 One of the biggest NASCAR “Silly Season” storylines has progressed as Bubba Wallace and Richard Petty Motorsports are set to go their separate ways after the 2020 Cup Series season. First reported by The Athletic, RPM and Wallace posted statements confirming the news.

RPM: “Earlier this morning, Darrell "Bubba" Wallace Jr., informed Richard Petty Motorsports he will not be returning for the 2021 NASCAR Cup Series (NCS) season. We will complete the season with Wallace behind the wheel of the No. 43 Chevrolet Camaro ZL1 1LE. (1/2)

RPM: "We look forward to the next chapter in the making for the iconic No. 43 team. We will announce our new driver in the near future.” (2/2)

Wallace has caught the eye of the NASCAR community and the mainstream due to his fight against systemic racism over the past five months. Since then, he has inked sponsorship and/or brand ambassador deals with Beats by Dre, Doordash, CashApp, Columbia Sportswear, and Urban Outfitters.

Now the question is where Wallace will race in 2021. Wallace and Petty have had a great relationship that became even stronger this year. So for Bubba to leave, it would have to be for a team who could give him a better chance to win races. If Wallace was only getting offers to go to other underfunded, single-car teams, he probably would’ve stayed at RPM.

One such ride up for grabs may be the #42 with Chip Ganassi Racing. Wallace has an offer from Ganassi (UPDATE: Jenna Fryer from the AP reported that Ganassi has since rescinded their original offer) and the ride is open after Matt Kenseth replaced Kyle Larson due to Larson saying a racial slur during a virtual race. While the team suffered a setback this year, Ganassi is still a great team and the #42 was likely set for the playoffs before Larson’s release. They might not be competing for wins every week but they will be in the running a few times per year. That would be an improvement over RPM.

Another potential option is Jimmie Johnson’s #48 ride. Yes, Erik Jones is available and many believe it’s his ride to lose but it might make sense for Rick Hendrick to inquire about Bubba. Jones is certainly a great racer and would be a potential future superstar racing for Hendrick; but despite a win in the Busch Clash, Jones missed the NASCAR playoffs with one of the top teams while Wallace is just five spots behind in points with an underfunded team. I still believe Hendrick goes with Jones but maybe considering Wallace will bring a bunch of sponsorship with him and that Jones was slightly more consistent (17.6 to 20.2 average finish) this season than Bubba in a far better car, maybe hiring Wallace for the #48 would bring a better return on investment.

The thing about Silly Season is that when we figure out one thing, that just raises more questions. We found out Bubba Wallace is leaving the team he has raced for since 2017 but now we need to find out where Bubba is going and who will be driving for Richard Petty in 2021. With two months until the end of the 2020 season, we’ll learn more about where everyone will wind up as the season concludes.