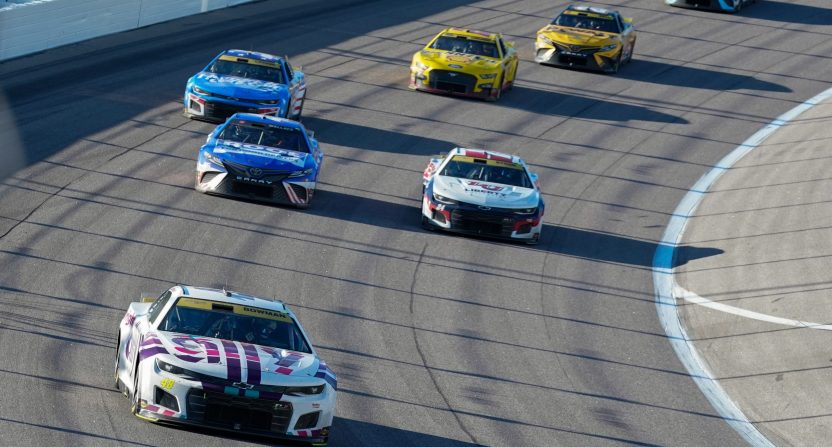 Sports tend to bring out strong opinions and emotions in people, and that is certainly true in NASCAR where fans have their favorite drivers and their most-hated drivers. And according to a recent social media analysis, star NASCAR driver Bubba Wallace is firmly in that second category for a large chunk of the NASCAR world.

According to Jenna Fryer of the Associated Press, gambling.com studied a sample of Tweets about NASCAR drivers from Feb. 1 to April 31 to determine favorability among Twitter users. The results revealed Wallace as by far the most-hated driver in NASCAR with more than 30 percent of the Tweets sent about him being negative.

What specifically it found on Bubba Wallace: pic.twitter.com/hGqYKiqUYn

“Unfortunately, it’s Bubba Wallace who came out as the most disliked driver over the course of the 2022 regular season, with almost 1 in 3 Tweets made about him being negative (30.1%),” the report stated, according to Jenna Fryer. “It was his second-place finish at the Firekeepers Casino 400 which received the most negativity online, with one Tweet reading ‘You could pull ten random strangers off the street and they would all beat Bubba Wallace in a race.”

Meanwhile, Daniel Suarez and Austin Cindric were seen as the most loved NASCAR drivers in the sport, each getting a positive sentiment from more than 40 percent of Tweets about them.

Obviously, social media sentiment is not the most scientific approach, but it does give us a good idea of who Twitter likes and dislikes.