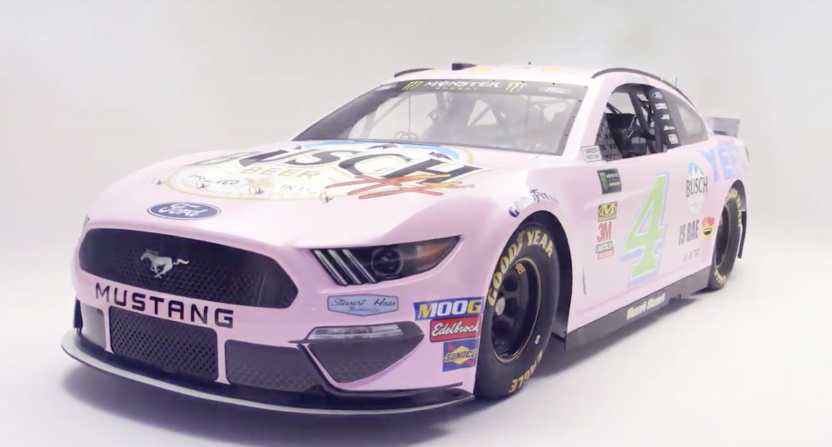 Busch Beer was so confident that Kevin Harvick, the oldest of the four finalists, would win last year’s Monster Energy NASCAR Cup Series championship that they declared that if Harvick lost, they would race a millennial themed race car at this year’s All-Star Race on May 18.

Not only did the Generation X driver finish third in the standings, he lost the title to millennial Joey Logano in the process, which inadvertently helped the promotion. Busch revealed what the car will look like, and while it’s not the original design they first posted, it is loaded with common millennial stereotypes.

#MillennialCar is finally here IRL. Who else is ready for @KevinHarvick and the #MillennialCar to slay at the #AllStarRace? pic.twitter.com/3hqpFbM6KY

Busch has been rather tongue-in-cheek about this entire promotion and is showing that this is more along the lines of light-hearted fun than making fun of millennials. While this car looks great, it showed me how much of a millennial I’m not. I might be in that age range, wear pink on occasion, and enjoy the luxury of having student loan debt in a society where costs keep going up and salaries aren’t, but that’s about it. I even felt weird putting “AF” in the headline, that’s how much of a millennial I’m not.

It’s great to see a company try something different to get publicity. Sometimes, that backfires and it would get necessary criticism. But when it works, it’s something everyone can appreciate.

The only thing that would make this promotion even better is if Harvick actually wins the All-Star Race. I’m sure he might feel a bit foolish trying to be a millennial for a weekend but if that gets him in Victory Lane and he wins a million dollars, I’m sure he wouldn’t mind. He may even get a few millennial fans in the process.