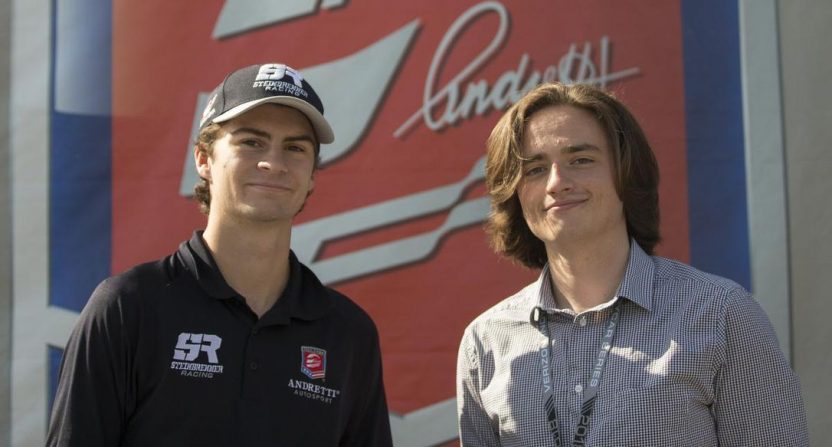 When George Steinbrenner owned the New York Yankees, he instilled a win-at-all-costs mentality. That seems to have gravitated to his grandson, George IV, and his newly formed IndyCar team. In George IV’s second race as a team owner, he (with co-owner Mike Harding) and 18-year-old rookie Colton Herta enjoyed their first NTT IndyCar Series win at the inaugural IndyCar Classic at the Circuit of the Americas. Herta already has a Rolex watch after winning in his class at this year’s Rolex 24 at Daytona but he also became the youngest ever IndyCar winner in history at 18 years, 11 months, upending Graham Rahal as the youngest winner.

Herta was strong throughout preseason testing in Austin and proved that during the race. The son of Indy Car driver and Indy 500 winning team owner Bryan Herta, Colton held strong throughout the race and stayed behind leaders Will Power and Alexander Rossi throughout the first three quarters of the race. Herta said it himself that he was set to get on the podium, but fate stepped in the way and Herta had a couple fortunate moments where he made sure he took advantage of them to get to the top step. First, he took advantage of pit strategy after Felix Rosenqvist hit the wall at pit entrance, bringing out a full course caution.

The first DNF in @IndyCar for the rookie Felix Rosenqvist.

Take a look at what happened in the closing laps at @COTA. #INDYCARClassic pic.twitter.com/DVJj3SFbpB

And then during the caution, leader Will Power broke down on pit road and couldn’t get going. After that, Herta had his final pit stop already done and found himself in the lead on the final restart.

After leading all 45 laps prior, Will Power will not win the #INDYCARClassic. pic.twitter.com/2XjHCHTTAV

With a bunch of veterans like Josef Newgarden and Ryan Hunter-Reay chasing him, Herta pulled away and held on for the historic win. For a team who spent their time in Indy Lights and just moved up to the main series in 2019, to win in their second race is massive, and that should catapult them to future success.

The youngest driver to win a race in @IndyCar Series history, the 18-year-old second-generation driver, got it DONE at @COTA! #INDYCARClassic pic.twitter.com/GqSOsSPnTl

You could say both Steinbrenner and Herta got to where they were due to their family. Steinbrenner wanted to branch off into something other than baseball but his grandfather still held a lot of influence on him, while Herta got through Indy Lights and into IndyCar thanks to his last name. But on this day and on one on the toughest tracks on the IndyCar circuit, George Steinbrenner IV and Colton Herta got to make their own name for themselves. They may have had help getting to where they are, but they have shown they have the talent to stay in the sport and make a name on their own terms, just like they did in Austin. And they may be a big part of the future of IndyCar.