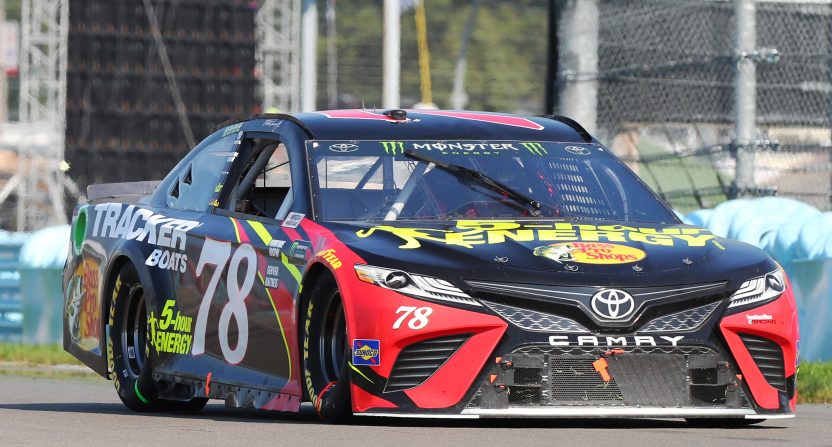 After losing 5-Hour Energy as a sponsor, Furniture Row Racing team owner Barney Visser made no secret that the team needed sponsorship funding to remain competitive. Despite being the defending Monster Energy NASCAR Cup Series champions, the single car operation based out of Denver, Colorado needed a sponsor in addition to Bass Pro Shops or else the doors would shut on one of the best teams in the sport.

That possibility became reality today as Visser announced that he is shutting down his team at the end of the 2018 season. Visser said that in order to remain competitive, he would need to borrow a lot of money and that just wasn’t viable. In making the announcement now, he freed up many to seek new employment for next season including driver Martin Truex Jr. and crew chief Cole Pearn.

Furniture Row Racing announces it will shut down following this season due to a lack of funding. Check out these quotes from team owner Barney Visser. pic.twitter.com/GcOoG7lpPs

Starting out as an underfunded, backmarker team, Furniture Row racing began racing in 2005. Visser was the owner of Furniture Row, a national chain of furniture stores. Putting in his own money into the team for years, Visser was living the dream of many of being a team owner in NASCAR even though success was minimal. It wasn’t until 2010 when Furniture Row Racing started competing full-time in the top division. In 2011, the team earned their first win in the Southern 500 at Darlington with Regan Smith behind the wheel at the #78.

The team connected with  Martin Truex Jr. in 2014, when both he and Furnitire Row were at a crossroads, and everything went on from there. It was a slow build but results started picking up and once the team went to Toyota and developed an affiliation with Joe Gibbs Racing, Furniture Row really showed what it could do.

A second place finish at the Daytona 500 where they lost by inches, Truex was not only winning, but dominating at some of the toughest races. Truex holds a record that might never be broken, leading 392 of 400 laps (588 miles) in the longest NASCAR race, the Coca-Cola 600. Truex and Furniture Row would reach the pinnacle, winning the 2017 Monster Energy NASCAR Cup Series championship with a win at the final race at Homestead.

This bad news is certainly going to raise red flags about the state of the sport. When the defending champion, who may win the championship again this year, shuts down operations because they can’t fund a competitive team, that is bad for the sport. COO Steve Phelps may be pissed off at me for going negative again but ratings keep going down, sponsors keep leaving the sport, the CEO was arrested for drunk driving and now the defending champs are shutting down their team. How is that not a sign that NASCAR is struggling as a sport? Maybe we could talk about how the racing is great, which it is, but if that’s the case and the sport is still struggling, I hate to wonder what would happen to the sport if the racing sucked.

For the new CEO, or Brian France if he comes back, and those within the top ranks of NASCAR. This is your wake-up call, a kick in the pants to get out of denial, admit there’s a problem, admit that there’s work to be done and come up with a plan before NASCAR becomes a niche shell of itself or even worse, a sport that meets the same fate as Furniture Row Racing.