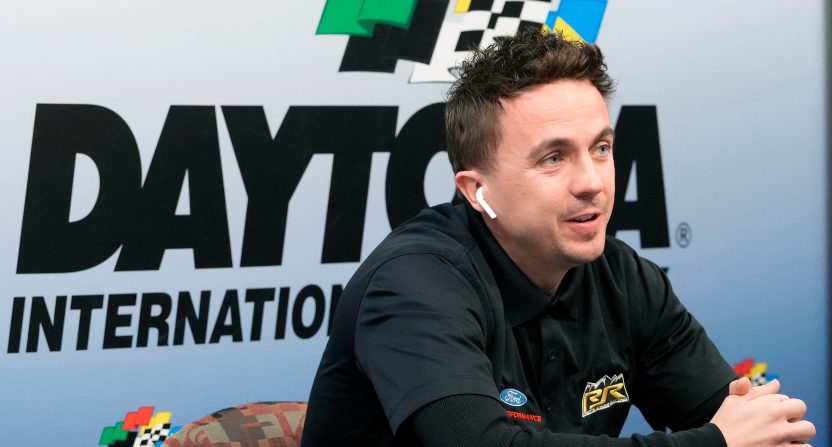 Earlier this month, former child actor Frankie Muniz turned heads when it was revealed that he was moving into racing full-time as he sought a career in NASCAR, and now he’s opening up about what led him down that surprising path.

In an interview with Fox News, Frankie Muniz shared his unlikely story of how he went from child star to professional driver.

“To be honest, I don’t have a typical story of people who become race car drivers,” Muniz explained to Fox News Digital. “I was just a race fan. I think it’s one of those things that people say, like ‘Oh, I want to be a race car driver’ but how do you actually become a race car driver if your family is never involved in it and all that.

“So, I started when I was 19. I did the pro/celebrity race in Long Beach (California) and I won that. And then a pro team asked me to come just for fun to do a test. I was scared out of my mind showing up that day, like getting in a proper race car. But I immediately had speed, so we knew the natural ability was there. And then once I got to the car I go like, ‘Man, this is what I want to do.’ But it’s one of those things, even then, you still have to, you know, to reach that next level. It’s a lot harder than just getting into the car and going fast. There are so many aspects that have to be put together and I just worked hard at it.”

And now, Muniz is a professional driver and will be racing full-time – something he never thought he’d be doing.

“It’s not something that I thought I would ever do but it happened,” he said. “And now that I’m doing it, even when I got out of the car this past weekend, I called my wife and I said, ‘This is exactly what I was supposed to do.’ I feel the most comfortable in the car, even though I have, on the ovals and stuff, so little experience. It just feels like where I’m supposed to be and that’s a pretty cool feeling.”

It’s been quite a move from a childhood star to a professional athlete, but it looks like Muniz is making the most of it.