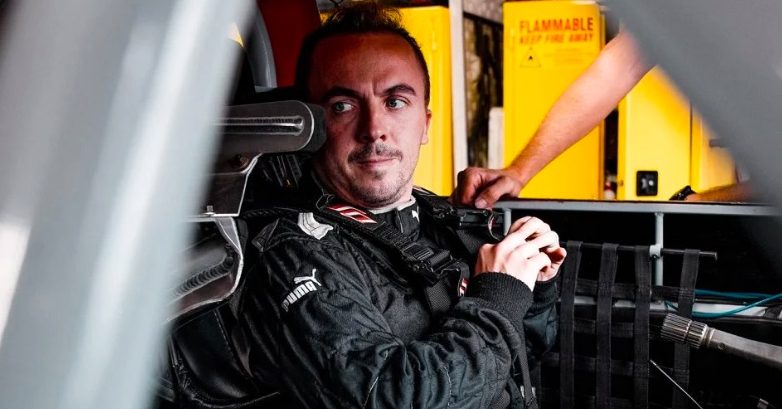 Frankie Muniz, best known to millions as the title character in the popular sitcom “Malcom in the Middle,” has always wanted to be a NASCAR driver.

The 37-year-old actor is taking a major step in that direction this year, landing a full-time ride in the ARCA Menards Series with Rette Jones Racing, the team announced Wednesday.

“It’s with the utmost excitement, optimism and gratitude that I’m joining Rette Jones Racing for the full ARCA Menards Series schedule this year,” Muniz said via the media release. “Ever since childhood, it’s been my dream to pursue racing in NASCAR, and it was important for me to partner with a team that aligned with my long-term objectives and vision, while providing every opportunity imaginable to grow mentally and physically as a full-time race car driver.

“I look forward to not only demonstrating my ability on the track and just how serious how I am in progressing in my racing career, but also showing my son and family what it is to chase your dreams and re-invent yourself.”

It’s a long way from the ARCA Menards Series to NASCAR’s Cup Series, although it’s common for ARCA drivers to land NASCAR rides in lower series with a chance to prove themselves.

Muniz has competed in a number of different racing series in the past two decades, from Formula BMW and Champ Car events to Late Model stock-car racing. But ARCA is a definite step up the ladder toward his ultimate goal, NASCAR.

“It is not going to be easy, and there will be a learning curve,” Rette said. “But with his passion, focus and commitment along with the capabilities of our team, we believe we are going to put him in a position to contend for multiple wins in 2023.”

In addition to his role in “Malcolm in the Middle” which aired from 2001 to 2006, Muniz has appeared in many other TV series, and he has two dozen film credits.