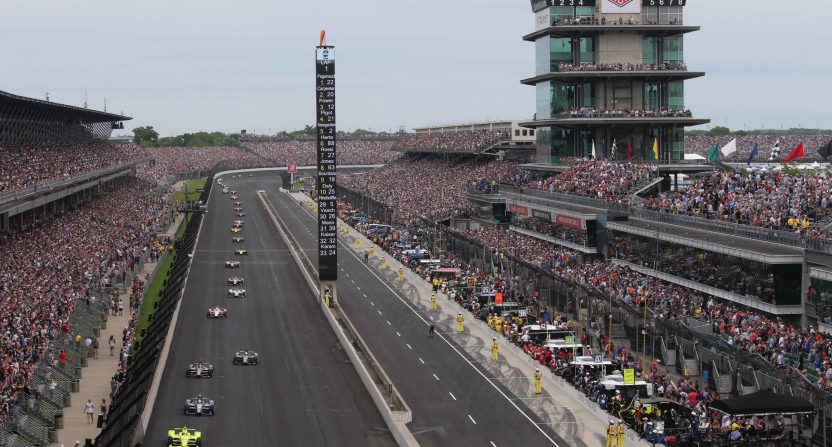 In March, it was announced that for the first time in its history, the Indy 500 would be moved out of its traditional Memorial Day Weekend spot and placed on August 23. The hope, by placing the race in August, was to have enough time to make it safe to have nearly 300,000 people attend “The Greatest Spectacle in Racing.”

That obviously hasn’t happened, and despite holding out hope they would have the race with a reduced capacity, the Indianapolis Motor Speedway accepted its fate and announced that fans will be unable to attend the 104th Indy 500.

In a statement from the speedway, fans will be unable to attend any event at the speedway, which includes practice, qualifying, Carb Day, and the race. Fans will receive an account credit and retain their standing to choose seats for the 2021 race. Track President J. Douglas Boles noted that over the past month, “the number of cases in Marion County has tripled while the positivity rate has doubled” and based on the trend things were going, it was best to make the decision to not have fans.

IMS and new track owner Roger Penske have been optimistic about having fans at the Indy 500. In early June, Penske put out a strong declaration saying that they would have the Indy 500 “only with fans.” Soon after, positive cases started climbing and are now at record levels. Once confident they would have the race with fans, IMS announced a 50 percent capacity in late June. When cases in the Indianapolis area climbed, the track lowered attendance to a 25 percent capacity in July and made masks a requirement. Now, with less than three weeks until the race, it’s apparent things are not going to get any better in time.

Obviously, a lack of fans attending the Indianapolis 500 is going to have a massive economic effect on not just the track but the entire NTT IndyCar Series. It’s the race that’s responsible for much of the annual revenue and that’s not happening. It’s also the biggest payday for teams who compete (everyone was paid at least $200,000 in 2019). If the race purse goes down due to a lack of fans, that might force teams to stretch their budgets even further.

Either way, Roger Penske and the Indianapolis Motor Speedway ultimately made the tough but appropriate decision. Clearly they wanted to have fans and were so optimistic, Penske guaranteed they would race with fans. But Penske doesn’t have the kind of ego to move forward with a bad idea for fear he’ll be seen as wrong or weak. After laying everything out, the decision to not have fans was the decision they didn’t want to come to but they did. And now, the hope is to pull off a great race in three weeks and hope they don’t need to do the same thing in 2021.