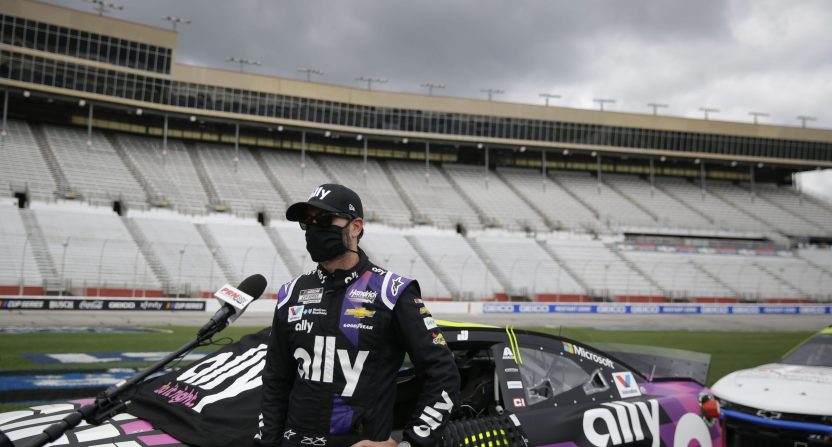 It’s been revealed that the seven-time champion tested positive and as a result, will not be racing this weekend at Indianapolis. It will be his first missed race in his Cup Series career, snapping a 663 consecutive race streak that started in 2002. Xfinity Series driver Justin Allgaier will drive the #48 at Indy.

In a Hendrick Motorsports statement, Johnson had himself tested this morning after his wife Chandra, tested positive. Johnson is reportedly not showing symptoms but in order to return to racing, he will need to be symptom free and have two negative tests that are separated by at least 24 hours, in addition to being cleared to compete by his doctor. This means things like his upcoming IndyCar test with Chip Ganassi Racing or his participation in the All-Star Race is up in the air. Like many other drivers who had to miss races due to medical issues, Johnson is very likely getting an exemption for the playoffs from NASCAR but he must remain in the top 16 either by points or winning a race.

In terms of how this has affected his crew, Johnson only came into contact with one other crew member, who is being self-quarantined. When drivers are at the track, they really can only be in their motorhome or their race car and avoid crew members. Usually, this is so the driver isn’t potentially exposed but this is the other way around. This might not be how Jimmie Johnson envisioned his final season but at this point, that’s probably the last thing on his mind. It’s now about him and his family making a full recovery as soon as possible.