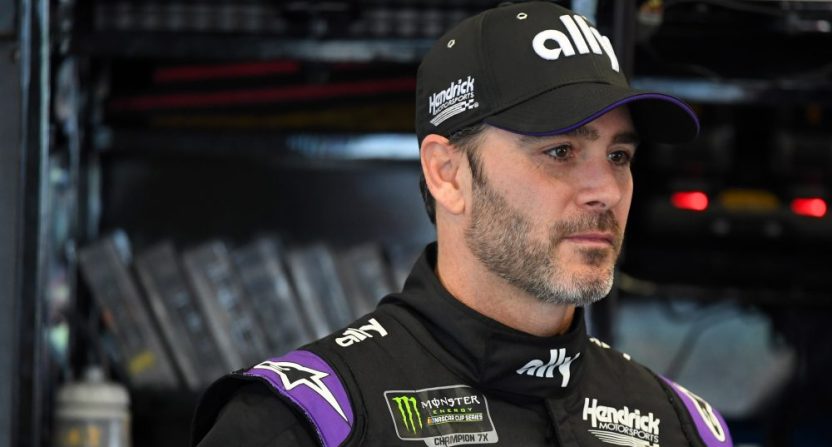 NASCAR legend Jimmie Johnson pulled a Tom Brady on the racing world. After announcing his retirement back in 2020, he will be making his comeback as part-owner and driver in 2023.

Johnson’s first appearance back in a race car will be at the Dayton 500, where he was a two-time winner.

What retirement? Jimmie Johnson coming back to NASCAR as part-owner of Petty GMS and expects to enter about five races — including the Daytona 500. New from @JennaFryer https://t.co/wt8r8fn3Pi

“I’ve had a watchful eye on the ownership part and what’s happening with NASCAR, and the opportunity that I have here, the business structure and the model with NASCAR charters is just so different from than anything else in motorsports,” Johnson told the AP. “I want to be part of it. We certainly watched Michael Jordan join, what the Trackhouse Racing folks have done, and there’s all these rumors of people who want to get into the sport.

“I’m honored and thankful that I’m going to be part of it.”

Johnson, who just turned 47, and is a part-owner in Petty GMS, will only be racing in five events this season. However, a lot of people are still excited to see him back on the track even if it’s just on limited action. That includes his former owner, Rick Hendrick.

“This is a tremendous day for our sport. Jimmie is one of the all-time great champions on the racetrack, and I know he’ll apply the same mentality to his role as a team owner,” Hendrick said in a statement. “… Seeing Jimmie in a firesuit with his name on the roof of a Chevrolet at the Daytona 500 is going to be very special for a lot of people. Competing against him will certainly be a change, and a big challenge, but we welcome his return to NASCAR and look forward to the next chapter of a truly remarkable career.”

Johnson would also like to race at the Indianapolis 500 and the Coca-Cola 600 on the same day. Johnson had been participating in Indy car racing as well.