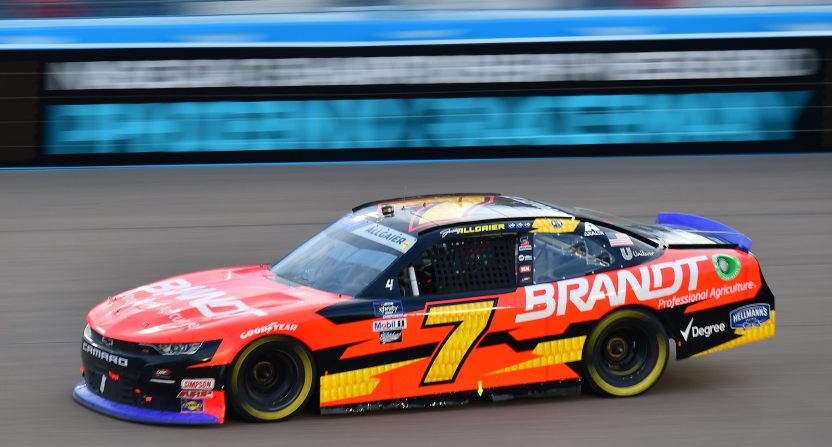 JR Motorsports made some big changes on Thursday, announcing that it was mixing up its crew chief lineup for the 2023 NASCAR Xfinity Series season.

Burdett is their winningest crew chief with 18 victories, having led Justin Allgaier to Championship 4 appearances in five of the last seven seasons. They’re hoping he’ll be able to help elevate new arrival Jones in the same way. Pohlman, who was previously with Richard Childress Racing, takes over as Allgaier’s crew chief.

Lindley, who was with Kyle Busch Motorsports for the last two years, joins the organization and gets paired with Mayer, with whom he’s had previous success. The duo won titles in the NASCAR K&N Pro Series in 2019 and ARCA Menards Series in 2020.

“As successful as 2022 was for JR Motorsports, we’re always asking ourselves ‘How can we be better?’” said Mike Bumgarner, JRM’s director of competition. “While we performed at a very high level this season, a tweak here or there can help push us even further. We were fortunate to bring in Jim and Mardy. Both have past success with their drivers and we expect that will aid in making a smooth transition.”