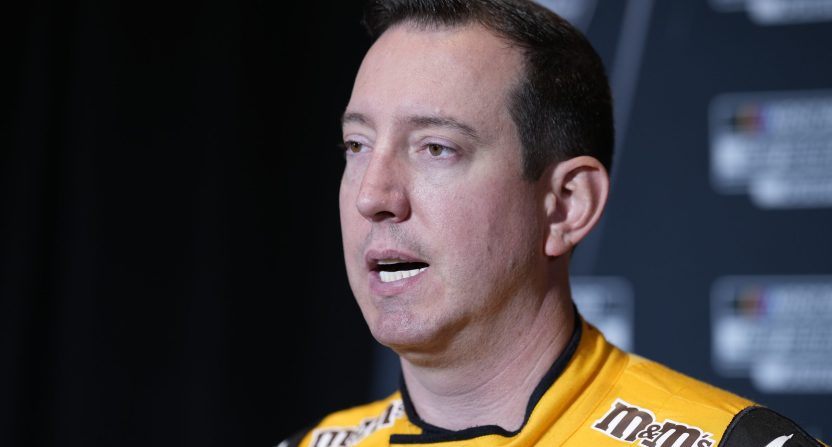 Last week, Kyle Busch indicated that he needed to make a decision on what NASCAR team to join within the next seven to ten days. While a decision hasn’t yet been made, we may be narrowing down the options.

According to Adam Stern of Sports Business Journal, there are two “front-runners” who are trying to land Kyle Busch for the 2023 NASCAR Cup Series season. Those teams are Richard Childress Racing and 23XI Racing. Previous reports had Kaulig Racing and Stewart-Haas Racing interested in Busch and held talks but as of now, it seems like it’s down to RCR and 23XI.

RCR and 23XI are in a similar situation. Both teams have two cars and the drivers of both cars are under contract for 2023. Austin Dillon and Tyler Reddick on the RCR side with Bubba Wallace and Kurt Busch on the 23XI side.

Given Reddick is heading to 23XI in 2024, and that move left RCR team owner Richard Childress “furious,” it’s possible that Reddick’s contract would be bought out and Busch slides into the #8. And with Kurt Busch’s ongoing recovery from a concussion, it’s not a guarantee that he will be medically cleared. Though according to Stern, Kurt is intending to race next season if he’s medically cleared. It’s also entirely possible that both teams would provide a third car for Kyle and either purchase or lease a charter from an existing team.

It’s still possible Busch will stay at Joe Gibbs Racing but all indicators suggest that they’re moving on and putting Ty Gibbs in the #18. With Mars leaving the team, along with their reported $25 million/year sponsorship, Joe hiring his grandson for the season will reportedly save the team around $10 million/year in driver salary according to Stern.