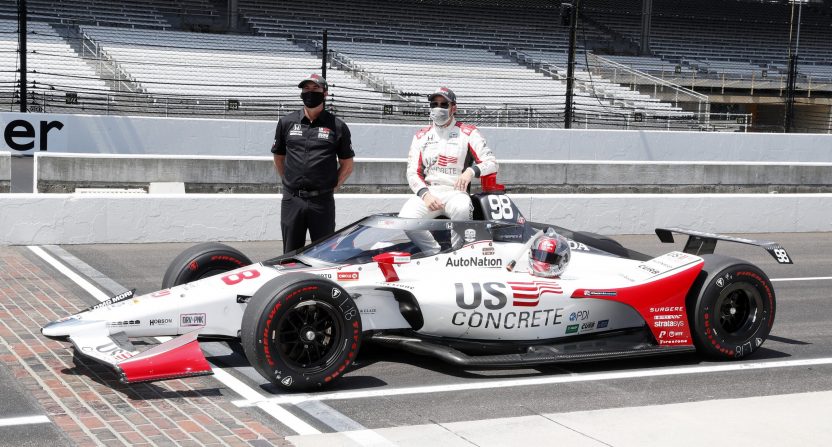 Marco Andretti dominated the practice sheet on Friday and many said that’s fine for one lap but to win the Indy 500 pole, he has to do that for four laps.

Then on Saturday, Andretti topped the qualifying sheet and many said that’s fine but that’s only to get into the “Fast Nine” and he’s gotta get it done on Sunday to get on the pole. Now on Sunday, when it actually counted, the son of Michael and grandson of Mario put it all on the line and has won the pole for the 104th Indianapolis 500. Marco is the first Andretti to be on the pole for the “Greatest Spectacle in Racing” since Mario in 1987.

Despite a lack of fans due to the COVID-19 pandemic, the fight for the pole didn’t lack the kind of drama its had in past years. After NTT IndyCar Series point leader Scott Dixon grabbed provisional pole with a blistering 231.051 average, three Andretti Autosport cars were trying to knock him off the top spot. James Hinchcliffe, Alexander Rossi, and Ryan Hunter-Reay, who all were faster than Dixon yesterday, failed to even make the front row.

An Andretti will lead the field to green in next Sunday's #Indy500!@MarcoAndretti has won the pole at @IMS! pic.twitter.com/dLnZv8aUmZ

This is one of Marco Andretti’s best moments at the Indianapolis Motor Speedway. Yes, there is the “Andretti Curse” that may or may not be a thing depending on what you believe but Marco has had his share of heartbreak at the Speedway. In 2006, in his first attempt, Andretti was passed by Sam Hornish Jr. on the final stretch to lose. In the next 13 years, Andretti hasn’t had a chance like that to win the great race.

Now, in his 15th attempt, Marco Andretti will be on the pole for the first time at the Indy 500. Given it’s 2020, we’ve seen so many unusual things this year and that’s typically for bad things. But what if 2020 gives us something good for once and we finally see Marco cement his name in the legacy of the Andretti family.