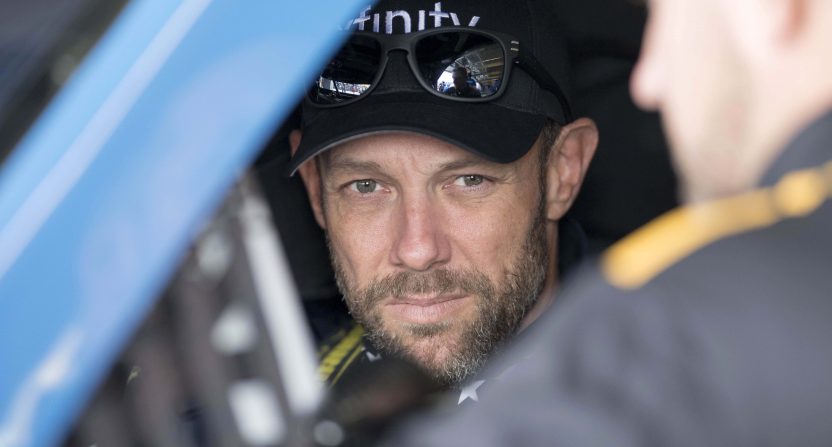 After being out of a ride for a few months, Matt Kenseth is coming back to NASCAR. The future NASCAR Hall of Famer is set to come back to the sport and to Roush/Fenway Racing on a part time deal, beginning with Kansas Speedway May 12.

Kenseth had been with Roush/Fenway Racing at the start of his career, becoming a champion in 2002. Kenseth also won two Daytona 500’s with Roush/Fenway in 2009 and 2012. In 2013, Kenseth went to Joe Gibbs Racing where he raced full-time until 2017. Kenseth showed what he could still do as he won at Phoenix last fall in the next to last race of the season.

After Gibbs, the 46-year-old Kenseth might have been out of a ride but definitely determined how he shaped his future on his own terms. He felt he was capable of winning and was prepared to sit out if he didn’t get a ride that wasn’t capable of winning. Kenseth was smart to never use the word “retirement” as he was still interested in coming back if he had a chance to win.

Roush/Fenway Racing is at a bit of a crossroads. The team was a weekly contender for wins and championships but has lost a step or two over the years. At one time, Jack Roush owned five teams in the top NASCAR series, now he has two along with an Xfinity Series program. The team has shown an ability to win, Ricky Stenhouse Jr. won at Talladega and Daytona last year, but the team could be better and the hope is that Kenseth can make the entire team better with his experience.

Since Kenseth is coming back, questions about Trevor Bayne’s status emerged. The regular driver of the #6, Bayne is going to be splitting races with Kenseth with a set schedule being released in the future. The only thing we know so far is that Bayne is set to race this weekend at Talladega and next weekend at Dover while Kenseth will race at Kansas and in the All-Star Race in May. The subject of Bayne’s multiple sclerosis emerged as a potential reason that Kenseth is racing but thankfully that seems to not be the case.

It’ll be interesting to see where this goes for Bayne. Despite winning the Daytona 500 in his second career race, Bayne’s career has taken a bit of a downturn in recent years, even averaging a 24th place finish in 2017. If Kenseth comes in and immediately turns the #6 into a top ten contender, the pressure to replace Bayne could be even higher.

1 thought on “Matt Kenseth is back in NASCAR, back with Roush/Fenway Racing and has Wyndham Rewards as sponsor”