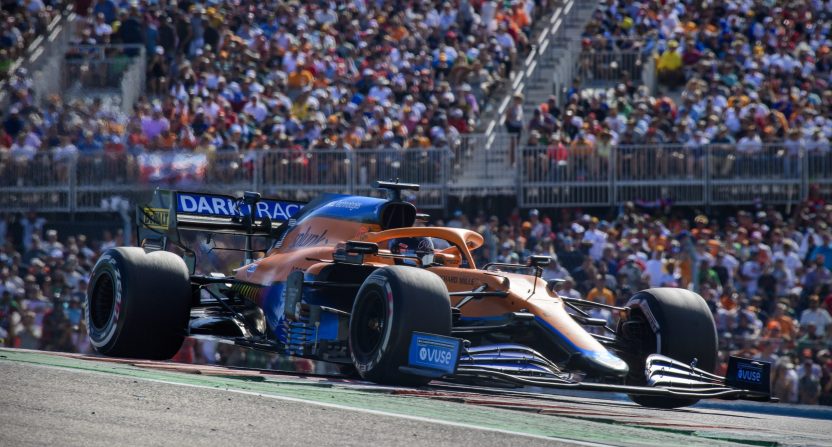 It’s been a bumpy ride for McLaren this season. After earning a win and finishing third in the constructor’s championship last year, the Woking outfit has fallen like a rock to the back of the midfield.

With former F2 and F3 champion Oscar Piastri coming on next year to pair with Lando Norris and replace Daniel Ricciardo, it seemed like McLaren was done on the driver market for now. But not so fast, as the team is set to test three IndyCar stars in Barcelona this week.

The team will test Alex Palou, who won the IndyCar finale at Laguna Seca and is set to move from Chip Ganassi Racing to Arrow McLaren SP despite being part of an ongoing lawsuit, Colton Herta, and current Arrow McLaren SP driver Pato O’Ward.

Patricio O’Ward, Colton Herta and Alex Palou are set to test for McLaren with last years car at Montmelo this week. #F1 #INDYCAR

Palou won the IndyCar championship in 2021 and finished tied for fourth this season. O’Ward finished seventh this year after a third-place finish last year and fourth in 2020. Herta is the interesting one as he currently does not have the necessary super license points needed to qualify for a Formula 1 race seat.

Both Herta and O’Ward are expected to get seat time in FP1 sessions this autumn with the rumor being Herta getting a session in Texas and O’Ward a spot in Mexico City.

Mike Abelson is an editor for Comeback Media. He also works as a writer and broadcaster for numerous organizations throughout New England. You can follow his journey to see a basketball game at every New England college at throughthecurtain.blog.