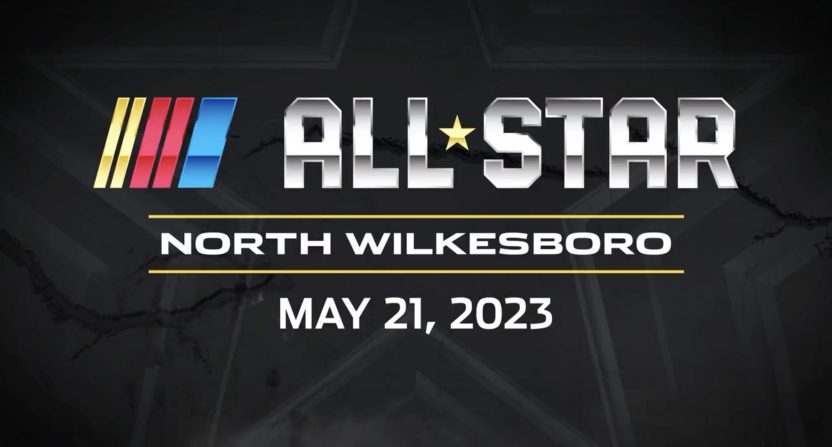 It took 25 years and no one thought we would get here but the NASCAR Cup Series is officially returning to North Wilkesboro Speedway.

In a Thursday morning press conference, NASCAR and SMI reps, along with Dale Earnhardt Jr. and North Carolina Governor Roy Cooper, announced that the 2023 NASCAR All-Star Race will take place at North Wilkesboro. Ironically, the legendary short track replaces Texas Motor Speedway, which took a Cup date from North Wilkesboro back when they last ran NASCAR in 1996.

How we got here has been wild. The track had been abandoned for years until the end of 2019 when Dale Jr. and others took out the weeds growing in the track so iRacing could laser scan the surface and have an accurate virtual version. That way, if the track was ever bulldozed, a virtual scan of the track was at least preserved for people to race on it over the computer.

Then, due to President Joe Biden’s American Rescue Plan Act, North Carolina used some of the funds they received to help renovate various racetracks across the state. While Charlotte Motor Speedway received some funds, most money went to grassroots tracks, as well as Rockingham Raceway and North Wilkesboro, which received $18 million of the $45.8 million that went to the tracks.

Tracks were able to use funds “for water, sewer and other infrastructure projects pertaining to the speedways” in order to “enhance local tourism, travel and hospitality industries that benefit from the many motorsports events held in North Carolina.” North Wilkesboro began hosting local races last month, for the first time since 2011 and they plan to do more renovations to the facility in the coming years.

This was a popular decision and many among the NASCAR world welcomed the news.

Our sport continues to grow 💪 Excited to race at @NWBSpeedway for the #AllStarRace. Great work yet again from @MarcusSMI and everyone involved. https://t.co/houo60kyAX

This is incredible news for the sport. NASCAR will host its All-Star race on May 21st, 2023 at North Wilkesboro Speedway. https://t.co/oM0vBawGrV

My heart is so full. And my job is so much fun! What a great two days at North Wilkesboro. I love you Uncle Dale you’re the coolest 💛 pic.twitter.com/58W1N040O8

Just like we all thought was going to happen.