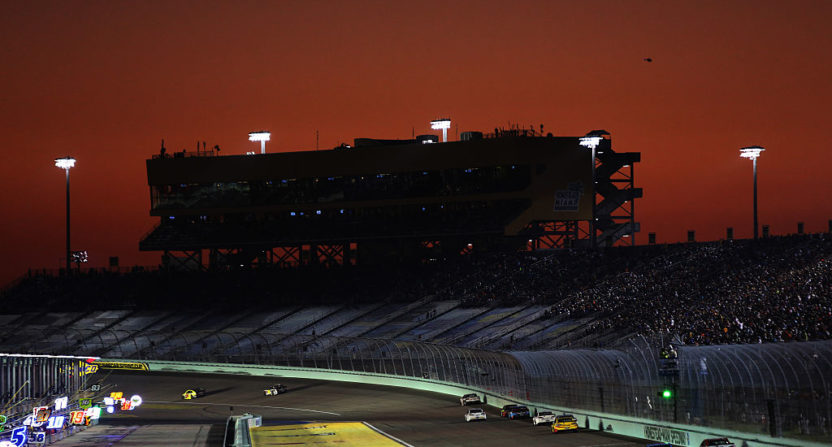 NASCAR is pulling out all the stops for their final race of the season. The Monster Energy NASCAR Cup Series wraps up its season at Homestead-Miami Speedway and are going to have multiple ways to watch Sunday’s race.

The normal broadcast of the Ford 400 will be on NBC Sunday at 3 ET but in addition, NBCSN will have a broadcast hosted by Leigh Diffey and Dale Jarrett that will focus on Championship Four drivers Kyle Busch, Kevin Harvick, Brad Keselowski and Martin Truex Jr. as well as Dale Earnhardt Jr. as he competes in his final race.

NASCAR is also teaming up with Ultracast to have a virtual reality feed of the various prerace festivities at Homestead. The VR feeds can be accessed on NASCAR.com or on the NASCAR Mobile app and will have views of the garage area and drivers meeting before the final race of the season.

Last year, I bought a VR headset and tried it out for last year’s MLS Cup Final. It was different but I enjoyed it. While you don’t need a headset and can just use your phone or tablet, you really are transformed into another world when watching in a VR headset and you kind of forget where you are for a second.

It isn’t going to replace actually being at the track in person but it’s a great alternative. I mentioned last year how I would love to see other sports embrace virtual reality because there can be some great things to do and NASCAR was one of the sports I mentioned.

I have been in a MENCS garage on race day as well as a drivers meeting and it’s a very hectic and busy time. The buzz is around of the cars getting prepped and going through inspection, the drivers and crew chiefs getting their last minute updates on what to think about for the race, it’s a great experience and if you can’t be there in person, watching it on VR is the next best thing. And if NASCAR someday translates VR to a viewpoint during a race, it’ll be even better.