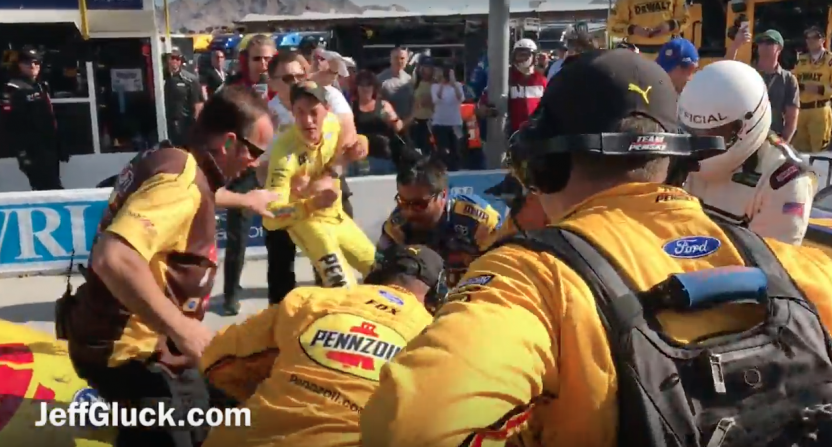 A few years ago, in an attempt to boost interest in the sport amidst sagging ratings and develop more engaging personalities in the sport, NASCAR decided to loosen up its rules and restrictions on tough racing. The policy colloquially known as “have at it, boys” came into effect several years ago where the sport encouraged their drivers to handle business on the track.

Of course, that policy was tested time and time again until finally some drivers went over the edge. Kyle Busch was parked for intentionally wrecking Ron Hornaday Jr. during a truck race in 2011. Denny Hamlin was injured in 2013 after tangling with Joey Logano. Jeff Gordon was involved in fights with Brad Keselowski and Clint Bowyer. And Matt Kenseth was suspended in 2015.

NASCAR has seen its fair share of confrontations over the remaining years, but the policy drifted into the rear-view mirror, at least from its very public beginnings. Well, after NASCAR’s latest decision, it may be returning to the forefront.

After the much-publicized fracas between Kyle Busch and Joey Logano (who have both have their run-ins with fellow drivers over the year), NASCAR has decided not to penalize anybody involved. First, the video of the incident if you haven’t yet seen it:

And the statement released by NASCAR EVP Steve O’Donnell, via ESPN:

“After a full review of multiple videos and discussions with both competitors and their respective race teams, we felt Sunday’s postrace incident does not warrant any further action,” NASCAR Executive Vice President Steve O’Donnell said in a statement. “NASCAR was built on the racing that took place on the final lap by two drivers battling for position. The emotions of our athletes run high, and Kyle Busch and Joey Logano are two of the most passionate and competitive drivers in the sport. Both competitors are very clear on our expectations going forward and we will be meeting with them in person prior to practice on Friday in Phoenix.”

It’s difficult to talk about things like precedent in NASCAR because the rules and emphases seem to change from year to year. We’ve seen drivers suspended and punished for off-track actions and we’ve seen NASCAR let it be.

At the moment though, one thing is clear – NASCAR got more publicity and attention nationwide for the Busch-Logano fight than anything else that has actually happened on the track so far this season. And with the change to stage racing and the pressure on the sport to grow its ratings, they need all the drama and intrigue they can get. That’s why any kind of rivalry is good for the sport.

On the other hand, NASCAR has to be careful. We’ve seen what happens when drivers take it too far and the sport loses control. And if drivers can drop the helmets and gloves like hockey players after races without any kind of repercussions, where does the current line exist? We’ll only know for sure once it’s crossed.