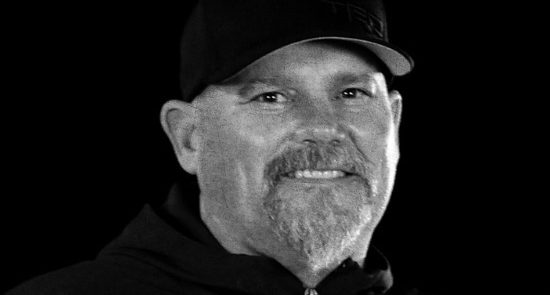 The NASCAR world was shocked by news Sunday that Coy Gibbs has died.

According to a Joe Gibbs Racing tweet, the team’s co-owner died in his sleep overnight. He was 49.

It is with great sorrow that Joe Gibbs Racing confirms that Coy Gibbs (co-owner) went to be with the Lord in his sleep last night. The family appreciates all the thoughts and prayers and asks for privacy at this time.

In addition to his role as the team’s co-owner with his father, Joe Gibbs, Coy also served as COO and vice chairman.

Coy Gibbs made 97 starts between NASCAR’s Xfinity Series and Camping World Truck Series in the early 2000s. He played college football at Stanford and later served several years as an assistant coach under his father with the Washington Redskins (now Commanders).

In addition to his father, Coy Gibbs is survived by his wife, Heather, and four children, sons Ty, Case, and Jett, and daughter Elle.

The NASCAR community expressed their shock and sorrow over Gibbs’s unexpected death.

Man, my heart breaks for the entire @JoeGibbsRacing family. As well as Heather and @TyGibbs – who just last night became a @NASCAR_Xfinity champion. And to think this is the last photo taken of he and his dad… wow. RIP Coy Gibbs. https://t.co/FLGunbzafW

Our thoughts are with Joe Gibbs Racing and the Gibbs family today. Coy Gibbs was 49. pic.twitter.com/vTc3vU8RzE

Parents shouldn’t have to bury their kids

Very sorry to hear about the passing of Coy Gibbs. Sending strength to his family and @JoeGibbsRacing 💔

God bless the Gibbs family especially @TyGibbs. They confirmed that his father Coy Gibbs passed away last night in his sleep at 49 years old. Rest in peace sir…. https://t.co/8y1pAJGrbK

Racing is a family and the relationships within the entire garage go so much deeper than on-track competition. Today, we lost a dear part of our family. The loss of Coy Gibbs is devastating to everyone at Toyota and TRD. Our deepest condolences…