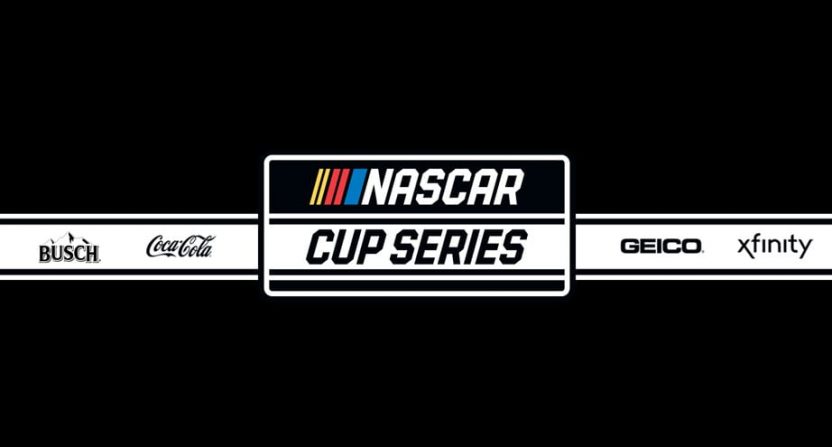 For the first time since 1970, there will be no title sponsor for NASCAR’s top series. That doesn’t mean NASCAR couldn’t find anybody to sponsor the series. Instead, NASCAR announced a new sponsorship model that will bring in multiple “Premier Partners” instead of having one title sponsor.

Now called the “NASCAR Cup Series,” NASCAR has partnered with four companies who have had a massive footprint on the sport. Busch Beer, Coca-Cola, GEICO, and Xfinity have sponsored races, teams, and a secondary series for many years and now share top billing as sponsors of the NASCAR Cup Series.

This type of partnership sponsor model is similar to what is done in soccer. The Premier League in England used to have Barclays as a title sponsor but for the past couple years shifted to a partnership model. Coca-Cola is also a partner in the Premier League as the official soft drink. FIFA does the same thing for their competitions like the World Cup.

All in all, the Premier Partners sponsorship model seems like a great idea that’s adapting to modern times. By spreading the sponsorship to four companies, NASCAR alleviates the risk of a sponsor leaving by having up to three other sponsors in line while they look for a replacement. Years ago, NASCAR didn’t need to consider that since Winston sponsored the series for over 30 years. But modern times mean corporations merge and get bought out left and right and CEO’s get replaced seemingly as the seasons change that a marketing strategy can be quickly changed and suddenly a company may not want to be involved in NASCAR anymore. And if NASCAR kept all their eggs in the title sponsor basket and that title sponsor suddenly left, NASCAR wouldn’t be in a good position.

That doesn’t mean there aren’t any concerns about this sponsorship model and how it might affect the rest of the sport. In soccer, team sponsorships are less important for their bottom line than NASCAR teams. A soccer team can go out and play without sponsorship and due to TV money, ticket sales, and other forms of revenue, the team can still operate at a high level with a lack of sponsorship. Many NASCAR teams live and die by how much sponsorship they can get and there are two scenarios that could hurt the sport.

First, two of the four partners regularly sponsor NASCAR teams. Busch Beer sponsors Kevin Harvick and GEICO sponsors Ty Dillon. If push comes to shove in the future, will Busch or GEICO choose to sponsor the series or will they side with their teams?

Second, by being a Premier Partner, these four companies will have more power than other sponsors in the sport. In the future, will that affect rival companies who want to sponsor a team? Will Coca-Cola keep a Pepsi product like Mountain Dew from sponsoring Chase Elliott? If an insurance company like Progressive wanted to sponsor a team, would GEICO stand in the way?

In the Nextel/Sprint days of sponsorship, rival mobile corporations couldn’t sponsor teams and those who were already grandfathered in were stuck with their current deals until they left the sport and couldn’t return. That has seen a lasting effect since Sprint left as a title sponsor in 2016. While corporations like Verizon once sponsored the IndyCar Series and currently sponsor Team Penske’s IndyCars, none of the “Big Four” mobile corporations have been involved in NASCAR since and that’s a massive market not to be in.

As of now, things look good in the short-term. Busch and GEICO look like they will continue their team sponsorship and the four Premier Partners do not have sponsorship exclusivity over NASCAR teams. But as this model grows and evolves over time, let’s hope NASCAR and their Premier Partners make the decisions that helps the overall health of the sport. Sponsorship money is great but if it comes at the cost of excluding a company from sponsoring a team or depriving teams of potential sponsors because they’re with NASCAR, that will do more harm than good. NASCAR has a good thing going with this sponsorship model, just don’t screw it up.