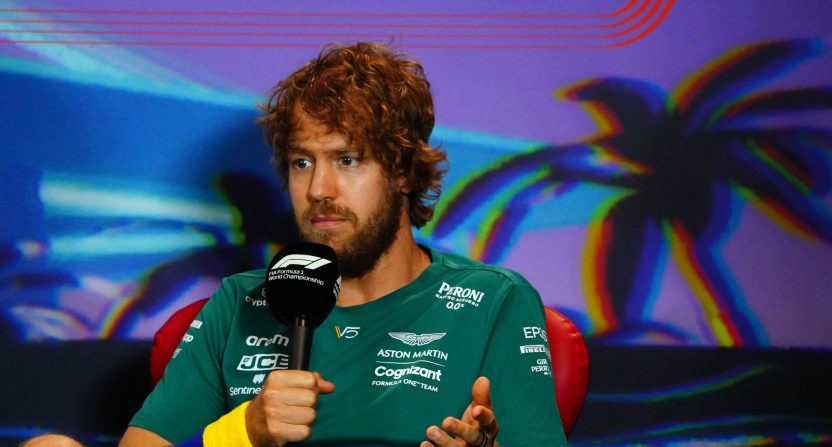 Sebastian Vettel, one of the legends of Formula 1, announced Thursday that he will be retiring from F1 at the end of the 2022 season.

In a video speech on his newly formed Instagram account, Vettel explained that he is retiring in order to spend more time with his family and devote more time to various interests he has developed outside of Formula 1. The four-time World Champion said in his speech, “My goals have shifted from winning races and fighting for championships to seeing my children grow, passing on my values, helping them up when they fall, listening to them when they need me, not having to say goodbye, and most importantly being able to learn from them and let them inspire me.”

In recent years, Vettel has been an advocate for various causes. He was an early supporter of Lewis Hamilton and Black Lives Matter when George Floyd was murdered. He has spoken out in support of gender equality and the LGBT community by making public statements and displays in countries that limit the rights of women and LGBT people. He has spoken out about climate change and made note of rising sea levels and protecting bees. By 2026, Formula 1 is set to have 100 percent sustainable fuel, something that Vettel is a strong proponent of.

On the track, Vettel’s F1 career ranks up there with the very best. Making his debut at Indianapolis for the injured Robert Kubica, Vettel scored a monumental dominating upset win at Monza in the 2008 Italian Grand Prix. After leaving for sister team Red Bull Racing, Vettel won four consecutive World Championships. Even when Vettel left for Ferrari, he kept winning. As he ends his career, Vettel will have 53 wins and 122 podiums (behind only Hamilton and Michael Schumacher in both categories).

Needless to say, Sebastian Vettel is a well-respected figure in the paddock. And on Thursday, many drivers and teams paid tribute to the 35-year-old racing legend.

Let’s finish this season on a high with some proper racing!!

I will always cherish every moment we’ve spent together and I really look forward to the many more to come.

I’m sure this next chapter is going to be as thrilling and enriching as the previous one and I truly wish you and your family all the best for the future.

I’m so sad that you’re leaving, but at the same time excited for you and this new chapter of your life. You’ve been and still are such an important person to me and I’m thankful for our friendship. pic.twitter.com/1iFmlxxgyQ

Thank you for everything you’ve contributed to the sport we both love, I can’t wait for our last races together. Thank you, Seb – you’re an inspiration pic.twitter.com/oGEN4YLwHX

Seb, it’s been an honour to call you a competitor and an ever greater honour to call you my friend. Leaving this sport better than you found it is always the goal. I have no doubt that whatever comes next for you will be exciting, meaningful, and rewarding. Love you, man. pic.twitter.com/eHVmOpov2m

Congrats Seb, on an amazing career. I’m very happy to have shared the track with you, let’s make your last races great once more 🤝 pic.twitter.com/WnKCuotv0T

A legend of the sport. We were with you when your journey started, we will celebrate your career with you when it ends 👏 pic.twitter.com/Ghc4kjwkvP

thanks for all the memories & bringing us our first win, Seb! 🏆❤️ pic.twitter.com/zjVT7otipx

Danke, Seb 👏 Cheers for the great times and the four World Championships 🏆🏆🏆🏆 pic.twitter.com/Z2D2igIJg1

📻 "Sebastian Vettel, you are the man!" #F1 pic.twitter.com/IhQK1paJbZ

It’s been an honour to share so many memories with you in Formula 1. Looking forward to enjoying the last few races together in the paddock.

Sebastian, you have inspired so many throughout your career, both in #F1 and beyond.