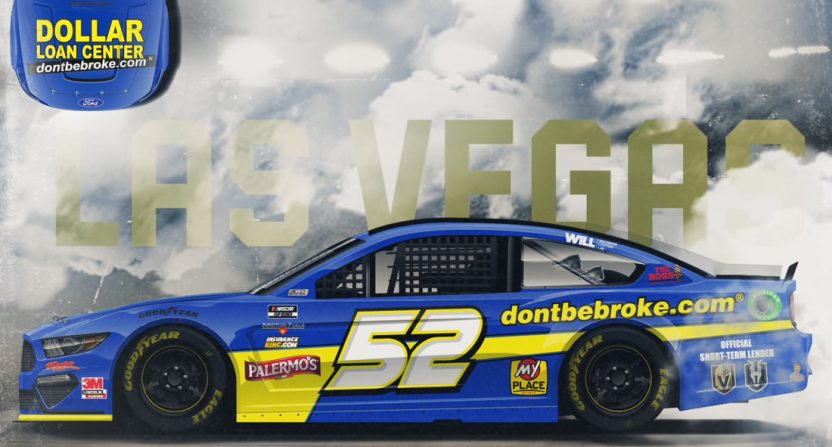 NASCAR has had three unlikely winners in the first three Cup races of the 2021 season. Michael McDowell won the Daytona 500 at 65/1, Christopher Bell won the Daytona Road Course race at 50/1 and William Byron won Homestead at 25/1 odds.

For this weekend’s race in Las Vegas, Josh Bilicki is sitting at 1000/1 odds and unless there’s a miracle, he’s probably not going to win. That hasn’t stopped the founder and CEO for Dollar Loan Center, Chuck Brennan, to put down a $10,000 bet on Bilicki to win.

In 38 career NASCAR Cup races, Bilicki has a career best finish of 24th. A lot of this is because his team, Rick Ware Racing, is underfunded and doesn’t have the resources as the top teams to really compete for top finishes. For a team that Bilicki is a part of, a top 25 is considered as a win.

Reading that, it might sound like Brennan loves to waste money but there’s a method to the madness in all this. Dollar Loan Center has a promotion where if Bilicki wins this weekend, they will pay off the loans for their Nevada customers. So to prepare for this possibility, Brennan put down the bet so if it happens, that $10 million will go toward paying the loans. Think of it as an insurance policy.

Despite the long odds, it could happen. A couple years ago, Justin Haley won a race at Daytona with a similarly funded team after he was the only driver who didn’t pit and a thunderstorm ended the race while he was leading. While it’s not supposed to rain in Vegas on Sunday, there’s a 1 in 1,000 chance it happens with Bilicki out in front.

Another reason for the bet is that it’s creating a lot of positive PR for a sponsor and a team that is typically in the back of the field and is likely going to be ignored by fans and media. Bilicki said it himself that this bet has got people talking and that in itself might be worth $10,000.

The odds may be against us, but A LOT of people are talking about this, right? When small teams don’t get the coverage we deserve, you gotta be creative. I’d say the investment was worth it. #SmartMarketing https://t.co/2EYbJiWSE2