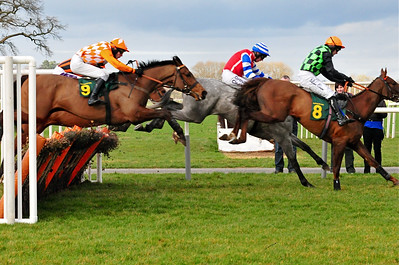 In Kentucky, Louisville, an event known as the “Fastest Two Minutes in Sports,” takes place annually. It is one of the most attended events in North America. And the star of the show?

Horses  with exemplary skills in the track.

The Kentucky Derby is a horse racing event held on the first Saturday of May, a non-working day in America. Its long-standing tradition involves dressing well for the occasion, as it’s also a showcase of the season’s latest fashion trend. Women attendees ever since the 1960s wore elaborate hats and are now one of the most recognized Kentucky Derby traditions.

This year, the Kentucky Derby will be held on May 2 at Churchill Downs. For horses to qualify, they must have competed in 35 races all over the world. The top four horses during each race will be given 2 points. Only 20 horses with the highest points qualify for the Kentucky Derby.

As the date nears, the 2020 Kentucky Derby Contenders list still has no official candidates. Fans and experts, however, already have their picks and anticipations of which contender will manage to win their way to the Kentucky Derby. The entries for the Derby will close on April 28, which is also the day when the post positions will be drawn.

Thousand Words is a 3-year-old colt trained by Bob Baffert. His victory at Los Alamitos Futurity (G2) last December 7 earned him qualification points for the Kentucky Derby. His determination and sheer talent lead him to defeat rivals far more experienced than him.

Son of Pioneerof the Nile, a 2009 Kentucky Derby runner-up, Thousand Words’ pedigree caused him to be sold for a $1million when he was still a yearling. The owners, Albaugh Family Stables and Spendthrift Farm chose Baffert to train the young colt. Under his training, Thousand Words managed to rally a victory last October 26 in a 6 ½ -furlong maiden dash at Santa Anita.

Owned by the Godolphin LLC and trained by Brendan P. Walsh, Maxfield was regarded by his trainer as a special horse. He won the Breeders’ Futurity (G1) at Keeneland, causing people to compare him to the fabled score of Arazi during the 1991 Breeders’ Cup Juvenile (G1).

Despite a slow start, Maxfield managed to release speed, sprinting fast rival horses on the far outside. Leading the top of the stretch, this kind of performance would tire out horses. Maxfield, however, managed to sustain his run and won by 5/12 lengths, defeating the fan-favorite Gouverneur Morris.

Just like Thousand Words, Authentic is under the tutelage of Bob Baffert. He is a three-year-old colt owned by Starlight Racing, SF Racing, and Madaket Stables. Winning the victory in Sham (G3) last January 4 at Santa Anita Park, Authentic joined the Road to the Kentucky Derby.

Authentic has raw talent and great potential. However, because of how easily he gets distracted, Authentic kept ducking down the inner rail after being spooked by the roaring crowd. With a good lead and distance, he would have managed to win the race a bit quicker if not for the mishaps that happened during the race.

Deniss’ Moment is owned by the Albaugh Family stable and trained by Dale Romans. He is a three-year-old colt sired by Tiznow. His trainer hopes that Dennis’ Moment will be able to reach the winner’s circle this May 2. In addition, with Dennis’ Moment’s fantastic performance, there’s a high chance that he’d be able to do just that.

Because of his excellent performance, Dennis’ Moment became a fan-favorite during the Ellis Park seven-furlong maiden race. Taking up quite the lead, he ran to victory in a 19 ¼-length race with a time of 1:21.95. This earned him praises for his upcoming races and performances.

Bringing the biggest upset in the Breeder’s Cup Juvenile history, Storm the Court won with a 45-1 victory last November 1, 2020. Owned by the Exline-Border Racing, LLC, and trained by Peter Eurton, Storm the Court struggled to win his debut in a 5 ½-furlong maiden dash at Del Mar. Still, he pressed and edged with a clear late to win comfortably.

During the Del Mar Futurity (G1), Storm the Court lost his rider in a collision against another horse that ducked. Still, he shrugged it off and even managed to run a deceptively good race, stretching out to 1 1/6 miles during the American Pharaoh Stakes (G1). He finished third after being able to overcome a wide trip against the frontrunners.

It’s still a long way to go before the Kentucky Derby can reach its conclusion. However, it’s never too early to start keeping a keen eye on which horse could take this year’s victory. Talented horses with excellent performances currently dominate the rankings. There’s still time for other contenders to catch up, so be on the lookout for whatever changes the next days have in store.