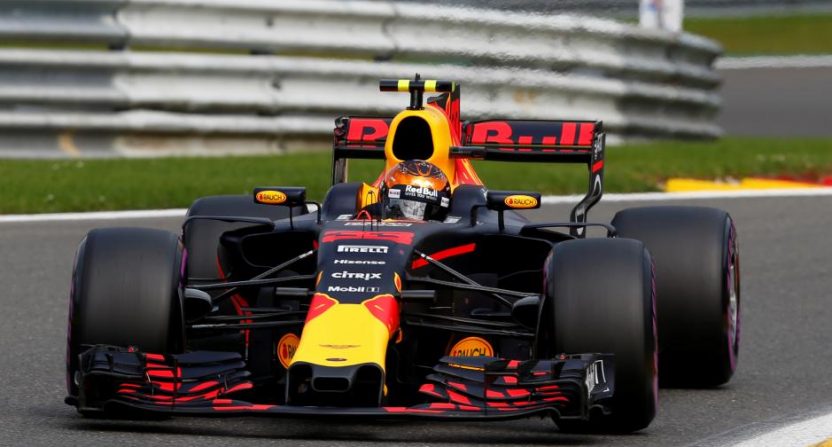 With races in Australia and Monaco already canceled, three more Formula 1 events are now off the calendar due to pandemic-related concerns. The Grand Prix races in Japan, Singapore, and Azerbaijan will not happen in 2020.

Via the BBC’s Andrew Benson:

Formula 1 has tried to find a way to hold the races in 2020 but announced on Friday that was not possible in the uncertain global situation.

…The historic event at Suzuka is off as a result of Japan’s ban on many international travellers.

Races in Singapore and Baku cannot be held because the street circuits cannot be built in the current climate.

The cancellations mean F1 has lost a further three key grands prix to the Covid-19 crisis that has already claimed the season-opening race in Australia and the blue-riband Monaco event.

Other leagues that depend on travel have also had to change their calendars. Both the PGA Tour and the European Tour, for example, have added new events in locations designed to reduce the total travel impact of players and staff. Formula 1 is planning on doing something similar, as Benson notes.

Eight races in Europe, running from early July to early September and starting with two events on consecutive weekends in Austria on 3-5 and 10-12 July, have been announced.

And BBC Sport understands it is now almost certain that two grands prix at Germany’s Hockenheim track will be added later in September.

Italy’s Mugello circuit, which is owned by Ferrari, is prepared to host a race if necessary.

In addition, F1 is still exploring the possibility of reviving the postponed Canadian Grand Prix in Montreal on a September date before the onset of the Quebec winter.

There remains a chance of a COVID-19 resurgence, which could render all of these plans pointless. That’s a potential eventuality that all leagues have to deal with, but obviously it’s a lot easier to cancel things than it is to hold off on planning them to begin with. Considering the various rights deals F1 has in place (including with ESPN in the United States), they have every incentive to try and put some kind of product out there, especially factoring in the relative ability to maintain social distance involved with racing.