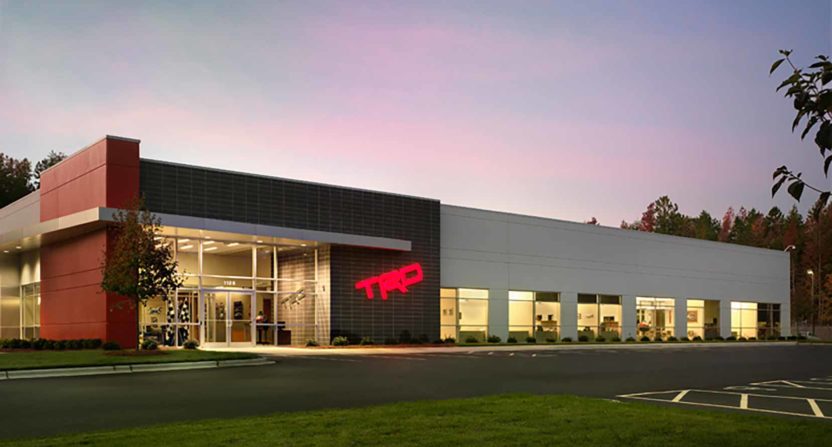 When Toyota entered NASCAR in 2004, they knew they were in for a challenge. With established manufacturers like Ford and Chevrolet entrenched with some of the top teams in the sport, Toyota was building their program from scratch and knew this would be a marathon, not a sprint. Starting in the Camping World Truck Series, Toyota soon branched out and entered the Xfinity and Monster Energy NASCAR Cup Series in 2007.

Again, things didn’t come easy for Toyota once they expanded but they knew it would take time. After forming a partnership with Joe Gibbs Racing along with other top teams in all three series, the seeds were planted for Toyota to not only be successful but become an integral part to NASCAR.

After 112 Cup wins, two driver’s and two manufacturer’s championships, Toyota has become a strong organization in just 15 years. But that doesn’t mean Toyota is resting on their laurels and taking anything for granted. One of the things that has made Toyota as strong as it has been is their driver development program.

Toyota Racing Development is what has made Toyota successful and will continue to be successful in the coming years. Toyota has redefined the concept of driver development and unleashed a very ambitious, but highly important plan for them to make sure they have the best drivers in their cars in the future.

To experience this up close, Toyota invited me to the 2018 Daytona 500 where I learned more about Toyota Racing Development and the opportunity to talk to executives and drivers who has taken part in the TRD program. Full disclosure, Toyota paid for my hotel and flight while in Daytona.

What is Toyota Racing Development?

Toyota Racing Development, or TRD, is essentially Toyota’s racing program. While NASCAR is a huge focus for the company, Toyota is also involved in Formula Drift, NHRA, IMSA, USAC and various off-road racing series. TRD also encompasses car design and tuning products for their race cars that can potentially be utilized in Toyota passenger cars.

A huge part of TRD is the driver development program and is the catalyst for Toyota’s success and its future. With it being tougher and tougher to achieve advantages within the cars due to a more and more refined inspection process, the driver is the biggest variable and could make or break a team’s performance. And while Ford and Chevrolet have historically put it more on their teams to get the next star, Toyota is taking the bull by the horns and doing it themselves.

“For Toyota, it began with a commitment and a call to action to embrace driver development,” said David Wilson, President and General Manager of TRD USA. “And that’s really what’s most important because that by itself is a bit of a polarizing consideration. Ten years ago, we would’ve been very candid in saying that it’s not our business as a manufacturer to get involved with driver development. And it’s simply because we don’t own teams.”

“But that was kind of the thought is, because we don’t own racing teams, that it was the team’s responsibility to develop drivers. That changed for us in a natural way. What we did embrace as a manufacturer was grassroots racing and whether it’s SCCA Club Racing to more recently, USAC Midget Racing and then progressively power-I. And I think through the course of that, we started meeting and getting to know some of these kids. And some of these very talented kids.”

Not every story has had a happy ending for Toyota. Wilson explained how when Kyle Larson was in USAC Midgets, Toyota invited him to a NASCAR race and introduced him to their NASCAR owners but things just didn’t work out. Everyone knew Larson had potential but it’s not as simple as meeting a team owner one day and then jumping into their car the next. Because of that, Chip Ganassi was able to sign Larson to a development deal and Larson raced in the lower NASCAR series with Steve Turner. Once Larson was ready, he jumped into Ganassi’s #42 Chevrolet and the rest is history.

That moment got Toyota to make some changes to their program in order to become more closely involved with their partners.

“That was a bit of a wakeup call for us and in conjunction again with our commitment with grassroots racing in general, it started to develop into “You know what, maybe it’s time to change this paradigm for the manufacturer and the role that we believe we have.” And fast forward to today, we characterize driver development as almost a social responsibility. We drive a tremendous amount of value and benefit from our participation in motorsports and this is one of the things that we have a responsibility,” Wilson said.

This has improved the pool of drivers Toyota has had at their disposal and provided a better chance at giving them some great opportunities. There is a danger that Toyota could be doing all the work in getting a driver through, just to be plucked by a rival manufacturer. But in Toyota’s mind, that’s a realistic scenario when it comes to driver development and if that happens, that can only improve the sport and thus improve Toyota.

Toyota’s driver development program can be looked at like a soccer youth academy. Soccer teams typically have youth academies where they try to build the future generation of the sport and sometimes you put in the work just for some other team to sign that prospect. It’s not a pleasant situation, but when it all works out, the reward outweighs the risks and you have a star driver who could potentially be a success for you for the next 20 years.

That is what Toyota is looking at with their drivers. You can write up a list of drivers who have raced for Toyota and now drive for different manufacturers but that’s just the way it goes sometimes. Nobody is bitter and no one is happier than Toyota when things work out for someone who used to race for them.

If there’s one thing Toyota loves, it’s competition. And while they may be competing against some of their former drivers, those drivers also remember who gave them their start and is still appreciative of that chance. And you never know what the future might hold. Maybe there is a chance someone comes back and drives for Toyota in the future. In sport, just like in business and in life, you never want to burn bridges.