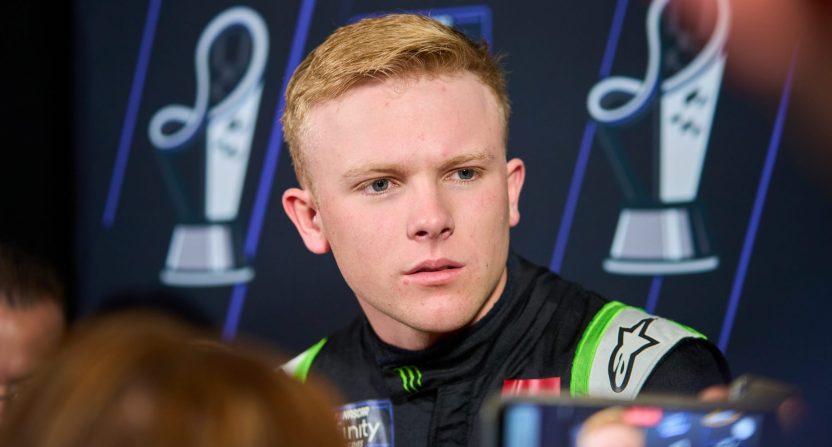 A day after winning the Xfinity Series title, driver Ty Gibbs announced Sunday that he would be unable to compete in the 2022 NASCAR Cup Series finale due to a family emergency.

23XI Racing announced the news in a statement ahead of the day’s events at Phoenix Raceway.

“Due to a family emergency,” the statement reads, “Ty Gibbs will not be racing in the No. 23 Monster Energy Toyota Camry TRD today at Phoenix Raceway.

“In his place, Daniel Hemric will be competing in the No. 23 car today.”

Gibbs is dealing with the death of his father, Coy Gibbs, who died at age 49.

Gibbs made headlines last Saturday at Martinsville Raceway. Gibbs won that race after he sent Joe Gibbs Racing teammate Brandon Jones into the wall in the final lap of overtime.

Fans chanted “Thank you, grandpa” after the controversial win, a dig at Gibbs’ grandfather founding the racing company in which Gibbs flourishes. Gibbs cited Jesus in how he dealt with the boos.

At least one competitor won’t miss Gibbs on the track. Noah Gragson, a top rival of Gibbs’, said earlier in the week that he “just doesn’t like” Gibbs and was just “stating his opinion.”

The NASCAR Cup Series finale starts Sunday at 3 p.m. The race will be Hemric’s ninth Cup Series start of the season.