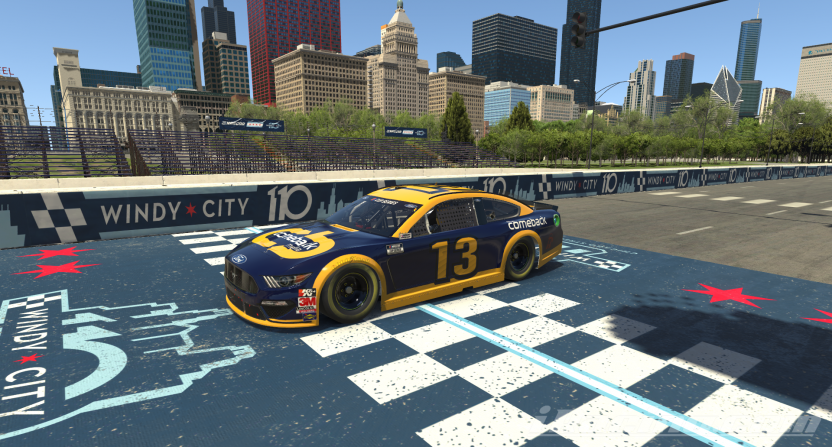 After months of hinting that NASCAR could someday go into electric power, it was reported by Sports Business Journal’s Adam Stern that the company is exploring the idea of an all-electric companion series. Details are vague, but given the push to invest in alternative energy methods, this was an inevitable scenario.

How this happens is still unclear, and some fans haven’t reacted well to this news. But fans shouldn’t worry. For multiple reasons, having an all-electric companion series will be great for NASCAR and make the entire sport healthier in the coming years.

I feel like Bob Pockrass will be answering this question many, many times, but it’s important for everyone to know that this will be a companion series. That means the NASCAR Cup Series will remain gas-powered and while some fans may not believe that will continue, NASCAR knows enough not to change that. And if you don’t believe that, then I don’t know what to tell you.

What’s unknown is whether or not this will be a fourth national series or if one of the current companion series will transform into all-electric. I’m in favor of making a fourth series, but can see some consideration of converting the Xfinity Series to all-electric and give all three series something unique.

Current and potential manufacturers want this

Manufacturer support in racing is rarely about someone getting into racing because they love it. Maybe that was why Enzo Ferrari did it, but with car companies getting bigger and more shareholders to appease, CEOs need to bring more to investors than “because it’s fun” if they expect hundreds of millions to go into racing.

Car companies are looking for a return on their investment and that means either one of two things.

There’s a marketing component where their brand is out there for people to see and maybe entice people to check out their cars if they do well. The “win on Sunday, sell on Monday” advertising mindset may not be as important these days, but it fueled NASCAR in the 60s. Back then, you could buy a street version of the race car you saw win the race.

The other way to see a return on investment is being able to use the technology advancements from the race car to insert into their street cars. There is a multitude of inventions and improvements that are standard in our street cars that began in racing. Things like seat belts, rearview mirrors, anti-lock brakes, and all-wheel drive are just some of the innovations derived from racing that we eventually got in our cars.

Nowadays, this kind of technological innovation is centered toward alternative energy. Formula E is all-electric, while the World Endurance Championship has had cars with various forms of alternative energy sources. And with the 24 Hours of Le Mans introducing a hydrogen class in 2024, that may very well result in hydrogen-powered street cars soon after that.

With an all-electric companion NASCAR series, manufacturers can get the best of both worlds. They can enjoy the marketing benefits of being part of the most popular racing series in the United States while developing the kind of technology that can be practically put in their street cars. Because of this, and the potential of new manufacturers entering the sport, this can only benefit NASCAR. As the saying goes, “A rising tide lifts all boats.” If more manufacturer support comes in for the all-electric series, that can benefit the gas-powered series as well.

NASCAR gets a better chance to have races in big cities

A few weeks ago, NASCAR Cup Series drivers raced on a street circuit that hasn’t been built yet. In a test to see how stock cars would handle street racing, the drivers raced a virtual street circuit on the streets of Chicago with iRacing. With a potential race around Grant Park, as well as one in Los Angeles by the LA Coliseum (according to Fox’s Chris Myers), many thought this iRacing test was for the Cup Series. Though thinking about it a bit, what if this was actually a test for the all-electric series?

If you’ve ever been to a NASCAR race, you know that the cars are loud. For many, that’s part of the appeal of being there. But that’s a tough sell to big cities if NASCAR wants to have a race on their streets. There are already people fighting to prevent the renovation of Nashville Fairgrounds Speedway for fear of noise and that’s Nashville. If they have a problem, you may as well not bother trying to get a race in New York City.

An all-electric series changes the game plan. Electric cars are relatively quiet. You hear a little bit, but it’s quiet enough to have a normal-sounding conversation in the stands with the person next to you. To some, especially younger people, that social aspect is appealing as well. And if NASCAR is going to potentially have street races, they may look to substitute the noisy cars for the quieter electric versions to better appease local politicians and residents. That doesn’t mean it’s a done deal by any stretch, but it sure helps.

Street races are about getting your product to as many people as you can and this is why I prefer this being a separate series. Imagine a 10-race series on the streets of the major cities of the United States: Chicago, Los Angeles, New York City, Miami, Las Vegas, Seattle, Philadelphia, Detroit, Boston, San Francisco. Imagine those possibilities for NASCAR, bringing its style of racing to the people who live there or are visiting.

I’ve always said that going to a race is a lot different than watching on TV. Once someone goes to see a race in person, they’ll be hooked as a fan. It costs a lot for someone to travel to and attend a NASCAR race. That’s a tough ask for someone to spend that kind of money to try the sport and become a fan. So if NASCAR can race on the streets, that can take out a lot of the cost for someone attending a race. And then after getting a taste, it might be easier for that person to spend the money to attend a Cup Series race in person.

NASCAR has a chance to introduce a totally unique series that can appeal to a potential fanbase it hasn’t reached yet or has just begun to reach. Some current NASCAR fans may be afraid of electric cars and that they’ll ruin the sport, but there’s really nothing to worry about if this is going to be its own separate series. We can have the best of both worlds and NASCAR is well aware of that. So let’s embrace the future while also keeping what has made the sport appealing for so many fans.