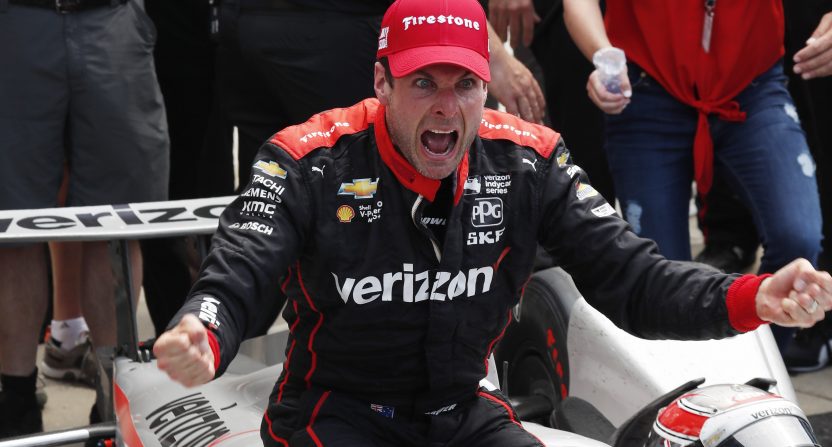 In just a little over a decade, Will Power has pulled himself from an oval novice to winning the most prestigious oval race in the world, the Indianapolis 500. After finishing runner-up to Juan Pablo Montoya in 2015, Power dominated the second half of the race and after Oriol Servia, Stefan Wilson and Jack Harvey gambled but forced to pit for fuel, defeated pole sitter Ed Carpenter for his first Indy 500 win.

This didn’t happen overnight. In fact, when Power started racing in the Verizon IndyCar Series, he had to learn how to race ovals and struggled at first. Power was able to win and regularly compete on road courses but ovals were a bit of a mixed bag.

Back when there were two American open-wheel series, Will Power was a rising star in the United States. The Australian had been racing around the world but eventually found a home in the Champ Car World Series. And after three seasons, Power was quickly becoming a championship contender.

Then everything changed for Power. Just as it seemed he was reaching the top, Champ Car merged with the IndyCar Series and the two leagues became one. Because Champ Car was on their last legs, the Champ Car teams coming over mostly had to cater to IndyCar’s rules. For Power, this meant abruptly moving to a new series, a new car and new tracks.

Champ Car didn’t have any ovals and all of a sudden, Power was racing in a series that mostly consisted of ovals. But despite struggling on ovals in his first IndyCar season, Power signed with Roger Penske and got in a car with a team who would spare no expense in making him a winner on all tracks.

Once at Penske, Power didn’t have any issues on road courses but ovals remained a struggle for the first couple years. Despite that, Power would finish second in points in his first two full-time seasons at Team Penske. In that second season, Power would win his first oval race at Texas and slowly pick up his oval skills.

After winning the 2014 IndyCar championship, Power became a force to be reckoned with on all tracks. Power’s performances at Indianapolis would improve getting three straight top ten finishes and likely would have been a fourth if not for a late crash last year.

This year, everything aligned for Power. After winning on the Indy road course, Power got his car on the front row for the 500. And thanks to the new car valuing clean air, Power was able to keep in front of Ed Carpenter for the second half of the race. Carpenter, the pole sitter, dominated the first half but seemed to struggle a bit once he was in traffic and the conditions changed. Power, in clean air, stayed up front and claimed a memorable victory.

With this, the 37-year-old Power accomplished the two feats of American open-wheel racing. Along with the Astor Cup, Power now has the Borg-Warner trophy to his name. Will Power is a deeply intense driver who finds a way to get everything out of himself and his car and it was just a matter of time until he arrived in Victory Lane of the Indianapolis 500. It might have taken 11 years and had some heartbreaking finishes, but it was well worth the wait.