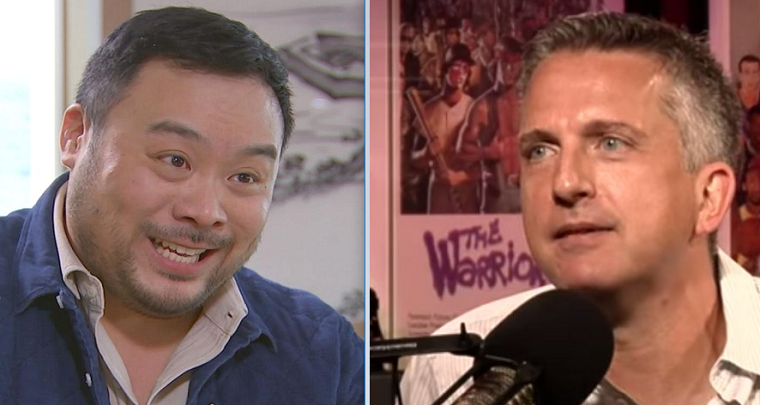 Two multimedia powerhouses — one from sports media, the other from food — are teaming up for a new venture. The Ringer Podcast Network will be adding a show from David Chang this week. “The Dave Chang Show” will premiere this week on Thursday, April 26, as what The Ringer is calling a “limited series.” No word on how many shows will be produced initially.

Food has become a growing level of interest for The Ringer with Joe House’s “House of Carbs” podcast and food articles by Danny Chau (who most recently toured the Portland food scene). Chang is a natural fit, having been a guest on The Bill Simmons podcast several times. Simmons also raved about visiting Chang’s Los Angeles restaurant, Majordomo, on “House of Carbs” recently, so maybe they’ve been circling a mutual project for some time. (GQ writer Brett Martin’s newly published The Best Restaurants of 2018 list leads off with Majordomo.) Maybe they’ll reboot Any Given Wednesday as a food show!

Since his New York restaurant Momofuku pushed him into rock star chef status, Chang has been making a push into creating multimedia content in recent years, helping to create the food magazine Lucky Peach and the Netflix series Ugly Delicious. (With titles like those, he couldn’t come up with something better than “The Dave Chang Show”?) He was also featured on the first season of The Mind of a Chef, which can be seen on Netflix and PBS.

Chang launched Majordomo Media in March with eyes on producing podcasts, digital video, television and editorial content. But distribution can often be a tricky proposition for such content from new ventures, so partnering up with The Ringer should certainly help with that.

What exactly “The Dave Chang Show” will be isn’t yet clear, though we don’t have to wait very long to find out. According to Eater, it will “a wide-ranging culture show.” Maybe there’s a hint to be gleaned from Chang’s official statement when Majordomo Media announced its launch:

“I want to teach them how to find — and understand — new and different things themselves and let them bring their friends along for the ride. I want to create experiences where it’s okay to have honest conversations — where people can consider culture and race and have strong opinions while exploring their passions.”

Ugly Delicious was sort of an interview show with Chang discussing certain topics with people on the documentary-style show. But each episode was also built around a particular subject, such as pizza or tacos. The Mind of a Chef followed Chang to different locales, notably Japan, where he showed his influences in addition to what he’s learned as both a chef and business owner. (On both shows, he collaborated with food writer Peter Meehan, with whom he ran Lucky Peach. Maybe conversations with Meehan will be a part of the show.)

Something like the embedded clip above with Chang and comedian Ali Wong would be an entertaining show if that’s the tone in mind, especially from an audio standpoint.

Welcome to the Ringer Podcast Network, @davidchang! ? ‘The Dave Chang Show’ officially launches on Thursday in partnership with @majordomomedia—stay tuned for details on how to subscribe.