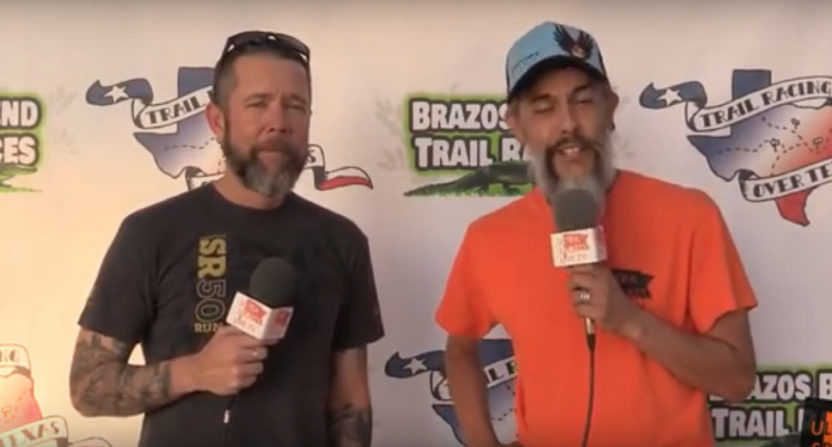 If there’s a sport, there’s probably going to be someone trying to cheat at it. The latest example appears to be Kelly Agnew (seen at above left in a 2014 pre-race interview), an American runner who has put up an impressive array of results in ultramarathons since taking up the sport in 2011. As Deadspin’s Patrick Redford writes, though, those results came under scrutiny, and that led to Agnew losing titles, including at the Across The Years race in Arizona:

One of Agnew’s races of choice was the Across The Years Multiday race, which begins on New Year’s Eve and ends in the New Year, thus its name. Agnew won the 2013-14 edition of the race with 201.5 miles in 48 hours, and he went on to win the next three editions of the race, though he raised a few eyebrows when he won the 2014-15 race by 55 miles despite stopping after just 41 hours. Either Agnew was the second coming, or he was somehow manipulating his distance.

Race officials were aware of Agnew’s suspicious performances, so they made a special effort to track him this year. What they found was that Agnew was not clocking in at a remote checkpoint at the halfway point of the mile-long lap. He was instead sitting in the bathroom for seven minutes and then jumping out to cross the mat at the start/finish at the right time to keep his “mile pace” consistent. He was disqualified from the event, and then had his results stripped from him after a review showed he was a repeat offender.
…The official timer at ATY bluntly accused Agnew of cheating, saying, “The process Kelly used at ATY to circle around and come back through the timing mat without having done a complete loop was so blatant and obvious it could not possibly have been anything but deliberate.” Agnew’s other feats have since also been met with well-warranted skepticism, and he’s been dropped by a sponsor.

As Canadian Running’s Tim Huebsch notes, this led to all Agnew’s ATY titles being stripped:

Across the Years officials also announced that he has been disqualified from the 2013-14, 2014-15, 2015-16 and 2016-17 editions of the race after it was discovered there were missing timing data points. He previously placed first in past events, according to race officials via their Facebook post.

And that’s led to looks at a lot of Agnew’s other performances, with questions raised about his times at the Leadville 100, the White Rim Trail, and the Lemming Loop. Beyond Limits Running has stripped him of three titles and booted him from upcoming events. Here’s their Facebook post on the decision:

This is far from the first scandal in running, of course, as there have been plenty of accusations of cheating over the years; one of the most famous came from a New York Times investigation into triathlon competitor Julie Miller in 2016. Oddly enough, Miller has been banned from triathlon competitions, but is now competing in and winning ultramarathons. Maybe Agnew will be able to find a similar second act, or maybe this will be it for him. In any case, his Port-A-Potty strategy seems to be over.