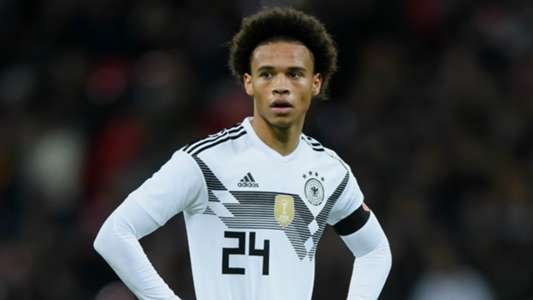 Now that the final 23-man World Cup squads were submitted to FIFA, we now officially know who will be heading to Russia, and who will be left watching on TV like the rest of us. Picking a final squad of 23 players is no easy task for any international manager. With World Cup qualifying starting at least two to three years (for most of the world) prior to the tournament and ending eight months beforehand, that means many rosters will look drastically different than the teams that actually got them here.

Managers have to balance the decision between being loyal to the players that got them there and taking the young player who has just burst onto the scene. They also need to keep in mind that they need the best team, not just the players. None of these factors make the decisions any easier.

Without further ado, let’s look at the best XI who were left off their squads this summer. (*Disclaimer: I’m aware this skews heavily towards Europe. The best players all play in Europe therefore the biggest snubs will be from Europe, what do you want me to do?) 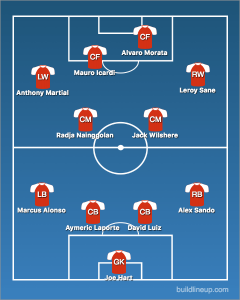 Yes, I know Joe Hart isn’t good anymore. You know that too. We’ve all known it for about four years now, but with teams only needing one ‘keeper but having to take three, it’s really hard to find a goalkeeper that was actually snubbed.

Is it surprising that England is choosing to leave their only experienced goalkeeper at home instead of having him be their third keeper and help out the others? Maybe. But you could also say that if Joe Hart is there and he’s not playing that it becomes the story and England just doesn’t want to deal with that distraction.

Two of these defenders really ask the question as to whether they were ‘snubbed’ or just didn’t make the team. David Luiz has been a staple in Brazil’s back line for years, but his game seemed to fall off a cliff this season and couldn’t get into Chelsea’s team. His teammate Marcus Alonso however is a much different story. Seven goals and a spot in the Premier League Team of the Year still wasn’t good enough to crack a Spainish side that is loaded at left back.

The big eye raiser of this group is French defender Aymerie Laporte. Laporte’s whole career has been a bit of a head scratcher. The 24-year-old has never been capped by France, but was good enough for Manchester City to spend £57 million on him in January. His lack of international experience shouldn’t be an issue for a team taking four defenders with six caps or fewer. Alex Sando’s sparkling season at Juventus was good enough to attract interest from Manchester United, but apparently not Brazil.

The English media loved to make a big deal about Wilshere getting ‘snubbed’ from the England team (Wilshere did himself no favors with the way he handled things either) but Wilshere is not a good fit for this team. Manager Gareth Southgate isn’t trying to play the way England have always played, he’s trying to play a new way and Jack Wilshere’s skillset doesn’t fit Southgate’s system.

On the other side of things is Radja Nainggolan. His exclusion makes almost no sense. Manager Roberto Martinez described it as “a tactical decision” but he also took Marouane Fellaini, a player who he couldn’t wait to get rid of when he became the manager at Everton.

There is no bigger snub for the 2018 World Cup than Leroy Sane being left home, or is there? Sane had a monster year for Manchester City this season, scoring 14 goals and setting up a whopping 19 more. Sure, his numbers dropped a bit against the better teams, but they were still respectable. Perhaps the only indictment against him is that he was awfully quiet in the Champions League.

His international career has been far different though. Sane has never scored for Germany and only been capped by Germany 11 times with just one start in a competitive match. He’s trying to get into a German team that is possibly in the midst of their most loaded generation ever. Just look at what Germany has done in the past four years. They won the 2014 World Cup, made the semi’s of Euro 2016, sent a C squad to the Olympics and won Silver, won the 2017 UEFA U21 Euros, and sent a B/C squad to win the Confederations Cup. This team is loaded with talent and in the case of Sane it may be a better option to keep things the way they are then to try to insert a piece that you haven’t really needed.

Anthony Martial got screwed. Not by French manager Didier Deschamps, but by Manchester United manager Jose Mourinho. Martial was doing a fine job rebounding from a poor season last year, scoring 11 goals and eight assists through January. But then Mourinho decided that the combined 20 goals and 16 assists between Martial and Marcus Rashford weren’t enough and he needed to sign Alexis Sanchez. Sanchez’s arrival banished Martial to the bench, naturally resulting in a drop in form. Considering the drop in form and playing time, as well as the plethora of attacking options in the French player pool, it’s hard to blame Deschamps for leaving Martial home.

Despite dominating international football for much of the past decade, Spain always had one problem: finding a striker whose game fit the rest of the team. That changed with Alvaro Morata. Morata only has 33 caps with Spain, but he’s found the net 23 times, easily the best return rate of any Spanish striker over the past 10 years.

With just three goals in 2018, Morata’s second half struggles were no joke. There’s no doubt that he played his way off the World Cup squad, but you would still think that his international form over the past two years would be enough for Spain to give him a chance to re-discover his form.

With an attack that includes Lionel Messi, Sergio Aguero, and Paulo Dybala, it’s certainly not easy for an Argentinian striker to crack the World Cup squad. But when it was announced that Argentina would be taking four forwards to Russia, you would certainly think the fans would rather see Icardi than the 30-year-old Gonzalo Higuain, especially after Icardi badly outperformed him in the same league this season.