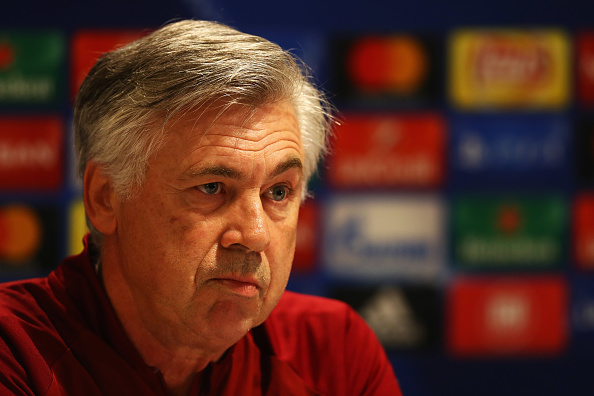 Bayern Munich and Carlo Ancelotti parted ways this morning, following the club’s nightmare showing in Paris on Wednesday.  Ancelotti’s dismissal also comes on the heels of a number of poor showings in the Bundesliga. Bayern sits 3rd in the table, but have looked directionless for much of the campaign. What’s next for the club will, undoubtedly, be a source of much contention in Munich.

Ancelotti came into Bayern with very high expectations, much like Guardiola before him. The Italian was expected to have Bayern competing for the Champions League. Wednesday night showed the club has taken a step back, rather than that final step forward. Ancelotti had a fine record at Bayern, only losing nine matches since taking control. But the manner of those losses was the real cause for concern. Bayern’s squad is filled with world-class talent. The club spent much of last season relying far too heavily on that talent. On days when Thiago or Lewandowski weren’t at their best, Bayern looked poor. Ancelotti’s dismissal seemed like a matter of time. Now Bayern has to figure out what to do.

Bayern now has to figure out a way to finish out the season with some success. Assistant manager Willy Sagnol will take over this weekend when the Club visits Berlin. Bayern will then, reportedly, discuss a long-term replacement during the international break. If Sagnol remains in charge until the end of the season, it will be his first managerial job since getting sacked by Girondins de Bordeaux in 2016. Sagnol would be a very short-term replacement, and there are some doubts that he’s still caretaker after the international break. However, Sagnol sticking around until May would suggest Bayern have a bigger appointment in mind this summer, more on that in a minute.

Whoever does take control at the Allianz Arena will have a number of problems they need to navigate. Chiefly among them, a lack of depth. Bayern has pinned their hopes on Franck Ribery and Arjen Robben playing like they were each five years younger. This has left them troubled out wide, with only Kingsley Coman as an extra winger. Bayern has no backup striker, which is fine, so long as Lewandowski is healthy. Finally, Manuel Neuer is out until January. All of these issues stacked up against Ancelotti and cost him his job. Bayern’s next coach will have to have better luck navigating these issues.

The new boss will also need to find a way to get more out of some of the club’s underachievers. Thomas Müller has looked a shell of himself since Pep Guardiola left, so too has David Alaba. Ancelotti’s lack of tactical awareness may have been a big reason for that. Müller specifically was poorly utilized on a number of occasions. He played a right winger in a 4-3-3 against Paris and was less helpful than if Ancelotti just fielded ten men, to slightly exaggerate.

Bayern’s vacancy at manager creates a very interesting long-term question. It revolves around Hoffenheim’s 30-year-old coach Julian Nagelsmann. Is he ready for Bayern? There is no hiding the fact that Nagelsmann wants to coach Bayern, and it seems likely that the feeling is mutual. But he’s 30 and would be younger than six of his players. For a club nicknamed FC Hollywood, Naglesmann could run to a few big egos. The thing is, Nagelsmann is a tremendous coach. He has been sensational with Hoffenheim, including a pair of wins against Bayern. Does Bayern take a gamble on the young man and hope his tactical acumen can overcome his inexperience?

A safer bet might be to go with a more established coach. Former Mainz and Dortmund boss Thomas Tuchel is available, and some reports in Germany suggest the job is going to be his. Tuchel is a similar coach to Guardiola. The Spaniard even recommended to Bayern that he was the man to replace him. Tuchel would likely return Bayern to the fluid possession style game that gave the club so much success under Guardiola.

When Bayern hired Guardiola the plan was to create a certain culture and style of play that would become distinctly Bayern. Ancelotti seemed like a detour from this plan. The Italian could have been a knee-jerk reaction to Bayern’s failure to win the Champions League with Guardiola. In retrospect, the club might have unnecessarily abandoned what they had been building since Louis Van Gaal in 2009. Tuchel would likely bring that culture back to Munich.

The former Dortmund boss also gives time for Nagelsmann to prove he’s really ready. If it’s true that Bayern is the 30-year-old’s dream job he’ll have a few more years to audition. Bayern’s ideal situation might be for Tuchel to take the reigns for a few years before handing them off to Nagelsmann. One thing is for sure though, Tuchel won’t take the job just to keep the seat warm for his fellow German. If Bayern hires Tuchel, he’ll be the coach for some time, barring any disaster.

Making up for lost time

Bayern now has an important to-d0 list. It will start with hiring a new manager, and then it will conclude with rebuilding the squad. Make no mistake, this is still a strong team, and they will be near or at the top of the table when the season ends. But with aging wingers, a one-man show on the score sheet and little defensive organization, it’s going to be a tricky road back to the top of Europe.

The 60 games under Ancelotti might seem like lost time to Karl-Heinz Rummenigge and Uli Hoeneß, but there is no reason they can’t fix this. The first step is finding the right man to replace the Italian. Getting that decision wrong will turn a little lost time into a full-blown crisis. Do Thomas Tuchel or Julian Nagelsmann want that pressure? Time will tell.

Worst comes to worse, they can always see what Jupp Heynckes is up to these days.