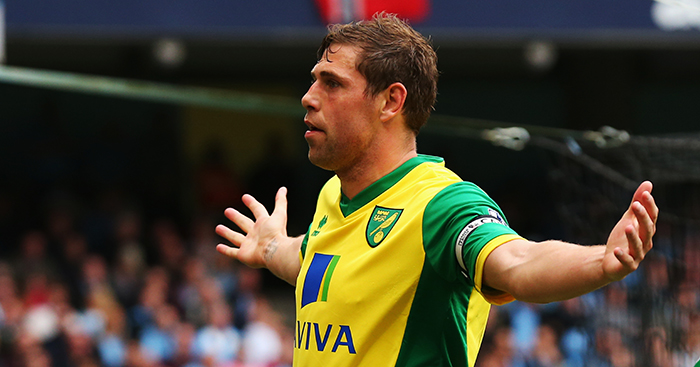 Hard work, dedication and athleticism has helped some young athletes are multi-talented and can succeed in a wide range of sports.

In e-sports, it’s not uncommon for pro players to try their hand at other games and some professional CS:GO players have gotten their foot firmly in the door in other games, such as Dota 2 or League of Legends. Referring to a source of information by csgobook.com a lot of pros tend to stick to professional Counter-Strike: Global Offensive tournaments, however, as they tend to have the biggest prize pools for their craft.

Many great shot stoppers have tried to recreate their success in ice hockey. Four of these goalkeepers are members of the elite goalkeepers, including Lev Yashin, arguably the greatest of the lot. He was a legendary goalkeeper who represented his country of origin, Soviet Union, in bandy, soccer, and ice hockey.

Petr Cech has carved a niche for himself in the goalkeeping business. He ranks very high among his contemporaries, establishing himself as one of the best goalkeepers of his generation.

While manning the posts for Chelsea, carved his name in gold by setting the record for the most clean sheets in the Premiership League. During his 20 years career as a goalkeeper, the reputable goalkeeper won the Champions League and four Premier League titles. He eventually has 18 trophies to his name.

At the end of last season, Cech drew the curtains on his illustrious career. He eventually gave ice hockey a shot with Guildford Phoenix at the ice hockey arena. When he joined Guildford Phoenix, a second-tier outfit, he opted for the number 39 jersey. The decision was in honour of Dominik Hasek, a retired Czech goaltender.

On his debut, he won the man of the match, a proof that his nine-time Czech ‘Footballer of the Year awards’ was no fluke. In January 2020, he was awarded the second tier’s Player of the Month award.

A couple of English soccer players and cricketers were involved in both games and played them professionally. C.B. Fry made a name for himself in both sports, ranking him as one of the world’s multi-sport athletes ever. Aside from representing England in cricket and soccer, he showcased his talent in the long jump where he set a world record.

However, Raich Carter is another legendary player who proved his worth in both sports. He established himself as an exceptional inside-forward before the start of the Second World War, while the war was ongoing, and after it. He is renowned for winning the FA Cup both before and after the conflict. His soccer skills and achievements aside, he played cricket professionally too. While at Derby, Sunderland, and Hull, he played for Derbyshire, Durham, and Hull. This is aside from representing Derbyshire three times in 1946.

Paolo Maldini was an exceptional defender whose name is recognized in the soccer world, thanks to his prowess on the soccer pitch. While playing for AC Milan, his boyhood club, he won everything he could for the club over 25 years, playing as a center back and left back as the situation demanded. He hung his boots a month before his 42nd birthday.

8 years later, in 2017, he took up tennis professionally. He, alongside Stefano Landonio, his trainer, qualified for the 2017 edition of the Aspria Tennis Cup, a subsection of the ATP Challenger Tour.  The duo was beaten in two sets in 42 minutes. The successful soccer player expressed his desire to quit competitive tennis.

Clive Allen was a former England international. He played for Bordeaux and Manchester City and other London clubs. While at Tottenham Hotspur, he had a remarkable career, especially, during the 1986-1987 season when he scored 49 goals to beat Jimmy Greaves’ achievements. The record remains unbroken.

He hung his boots in 1995 and joined London Monarchs, an American Football team two years later. He made a return to association soccer in coaching capacity. In 2007 and 2008, he was Tottenham Hotspur’s caretaker manager.

The 31-year-old soccer player is the only player still active on this list. While having the best form of his soccer career while on loan at Bayern Munich, the tall player doubles as a great scorer and assists provider.

During his playing days at Borussia Dortmund, the lanky player won a Bundesliga title. He is one of the backbones of the country’s second golden generation. In the 2018 World Cup, he went on record as the first Croatian to score in a World Cup final.

Perisic is also a member of Croatia’s beach soccer team. Alongside Niksa Dellorco, his partner, he represented Croatia at the 2017 FIVB Beach Volleyball World Tour where they were defeated by the Brazilians, Saymon Barbosa and Alvaro Morais.

Curtis started his soccer career at York City. While at Sheffield United, the Briton was capped 4 times for his country’s under-21s. He later joined Birmingham City where he played three professional matches. Whilst it’s no surprise that soccer is hugely popular in Europe and South America, it also has influences in other industries all over the globe and Curtis Woodhouse’s skills would go on to be recognized both on and off the pitch.

In 2006, he admitted that he no longer had a thing for soccer and was involved in over 100 street fights. Unsurprisingly, he kicked off his professional boxing career that year. He won his boxing debut on points but kept toying with both sports.

In 2012, he defeated Dave Ryan to win the light-welterweight title, a vacant title. He lost the title shortly but reclaimed it before hanging his boxing gloves in 2014. He returned to boxing in late 2014 and had a break between 2014 and 2017.

Grant Holt’s soccer career was decent. He gradually rose from the fourth tier until he became a Premiership player. He scored the goal that made Norwich City’s dreams of playing in the League One come true. The 2011/2012 season saw him at his best. His 15 Premier League goals were second to Wayne Rooney’s goals.

He later joined the WWE as a professional wrestler. Proving his versatility, he unsurprisingly won a 40-man royal rumble match.