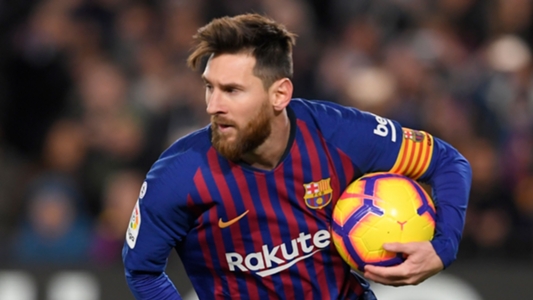 Well it was a fun few weeks of speculation but at least for the 2020-21 season, Lionel Messi is staying at FC Barcelona after trying to leave the team. Messi has only played for Barcelona in his senior career and while he’s set to stay for the upcoming season, he’ll be a free agent after the season and may leave.

In an exclusive interview with Goal, Messi revealed that despite wanting to leave Barcelona, he’s going to stay for the 2020-21 season in order to avoid a lengthy court battle that would’ve surely impacted Barcelona’s season.

The entire Messi/Barcelona dispute got very ugly, arguably much uglier than any sort of player and team dispute in the United States. This started when Messi told Barcelona on August 25 his intention to leave, activating a clause in his contract that allowed him to become a free agent despite being under contract. Barcelona argued that Messi didn’t officially notify them by June 10 and contractually didn’t have to release him unless another team paid them €700 million ($827 million) to activate a release clause.

Messi and his father contended that due to the COVID-19 pandemic and the season was delayed, Messi was unable to notify them by June 10 (when the season would’ve normally ended) and if he did, it would’ve disrupted the team. So the €700 million release clause was invalid. La Liga recently ruled in favor of Barcelona and the release clause is legally valid.

In the Goal interview, Messi noted it was a tough decision and even noted that his son was crying about not wanting to leave Barcelona. But in the end, Messi said that he felt it was time for both sides to move on.

“I believed that the club needed more young players, new players and I thought my time in Barcelona was over. I felt very sorry because I always said that I wanted to finish my career here.”

“It was a very difficult year, I suffered a lot in training, in games and in the dressing room. Everything became very difficult for me and there came a time when I considered looking for new ambitions.”

Messi added that the crushing 8-2 loss to Bayern Munich in the UEFA Champions League quarterfinals didn’t factor in his decision to leave but admitted doubts that Barcelona could compete in the Champions League.

“But I looked further afield and I want to compete at the highest level, win titles, compete in the Champions League. You can win or lose in it, because it is very difficult, but you have to compete”

“At least compete for it and let us not fall apart in Rome, Liverpool, Lisbon. All that led me to think about that decision that I wanted to carry out.”

Pretty much, the only way for Messi to get out of this is by taking Barcelona to court and he said that’s something that won’t happen. While he wants to leave the team, Messi said that Barcelona gave him everything so he wouldn’t take them to court.

“There was another way and it was to go to trial,” he added. “I would never go to court against Barca because it is the club that I love, which gave me everything since I arrived.”

“It is the club of my life, I have made my life here”

“Barca gave me everything and I gave it everything. I know that it never crossed my mind to take Barca to court.”

After the 2020-21 season, Messi will be a free agent and that’ll probably be the time he’ll actually leave. There is hope among the Barcelona faithful that if team president Josep Maria Bartomeu leaves or loses re-election (likely to happen), Messi might re-sign. As far as where Messi will go, Manchester City seemed to be the favorite sign Messi away from Barcelona this year and if they’re still willing to offer what they were rumored to offer, they’ll probably be favorites next year too.