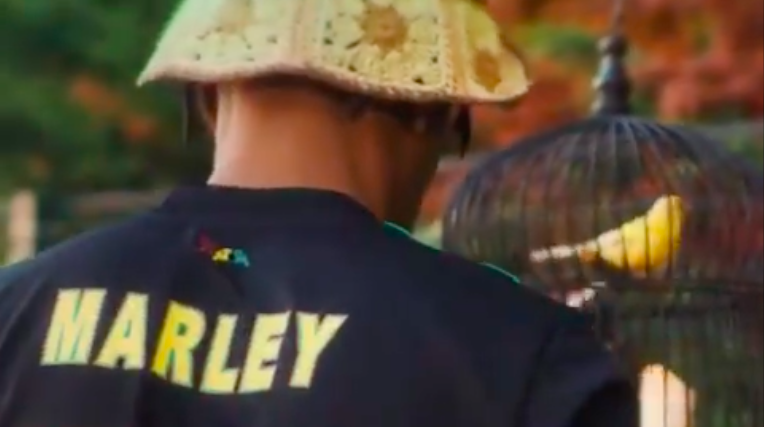 Fans of the Dutch soccer club Ajax were thrilled when it was announced in August that they would wear a kit inspired by the Bob Marley song “Three Little Birds” during Champions League play. Ajax fans adopted the song as an anthem back in 2008 and the reggae anthem has become an unofficial club song in years since.

Rise up this mornin’, smile with the rising sun.

Introducing our new 21/22 third jersey, inspired by our collective love for @BobMarley and his Three Little Birds. pic.twitter.com/YiPUS7AR19

At the time of the announcement, Cedella Marley, daughter of the iconic singer, said “I am beyond touched that Ajax has taken “Three Little Birds” and made it their anthem. Stories like this warm my heart and show how impactful songs like “Three Little Birds” can be. Soccer was everything to my father and to use his words, ‘football is freedom’.”

The uniform was set to feature three birds on the back underneath the collar in three colors, one red, one yellow, and one green. The club finally debuted those uniforms over the weekend but eagle-eyed fans noticed that the birds did not appear where they were supposed to.

Ajax have had to remove the ‘three little birds’ on their Bob Marley-inspired kit as it breaks UEFA regulations.

The ruling states there can be no other symbols on a shirt except sponsors and club logos. pic.twitter.com/clovEH45Au

Ajax Life reached out to the club to find out why the birds had been removed and it turns out that UEFA had told them to do so.

“The European Football Association [UEFA] sees it as a different expression than the club logo, logo clothing sponsor or sleeve sponsor. Other expressions are not allowed,” the club said in a statement.

The ruling is a real bummer for the club and for its fans, who were already buying up the jersey in droves.

“We had already responded to the interest by purchasing much more than ever,” Ajax Commercial director Menno Geelen said. “A record number of shirts were sold in one day. This shirt is sold at least four times more than any other Ajax shirt. It’s unique.”

Looks like it’s going to be a real collector’s item now. In the meantime, fans were pretty disappointed in the reveal and the news.

About time football's authorities started stamping out, erm… little pictures of birds on the back of shirts https://t.co/i0DYDjFPxQ

UEFA spot on, if Ajax were let away with this, other clubs would take advantage. What then? Four? Five? Six Little Birds? It would be sheer chaos. https://t.co/jtOGjNoiga