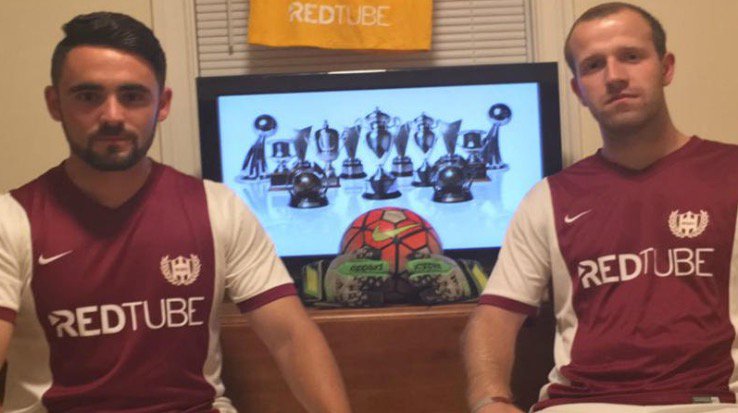 In the world of amateur soccer, the players aren’t playing for millions (or even any money) and are just playing for the love of the game. And a team will try anything and everything to make whatever money they can raise and to get some publicity. This attempt by a Boston area soccer team has surely accomplished that.

It is wild indeed. Thank you for the support! Soccer in free form is best. https://t.co/Y6HHnHEEx7

seems like a club with a sponsor who gives a shit, all the best to them! https://t.co/uMRDUqmWZT

Truly overwhelmed by the support from everyone! We are a club for the people. Let us know how we can be better for you. #COYSQ

Thank you so much for the support. Trying to help bring attention to lower league footy. #COYSQ #RedTubeARMY <3 https://t.co/VKCqjqEHSV

Love it lad! Thank you for the support and welcome to the family. #COYSQ https://t.co/kP4CLwr4ur

Love it and especially from down under. Thanks Lad and we'll work hard to prove your theory! #COYSQ #RedTubeARMY https://t.co/XgfhrU51qP

Quality and yes, I think you're right. Opp missed here… Maybe a box of tissues as a purchase gift will suffice? https://t.co/wf4HT2ZORK

Surely, some will be against this kind of partnership but this seems like a great way for an amateur team to raise attention and raise money for their soccer dream. Grassroots soccer is a great way for people to get into the sport and usually the players themselves foot the bill for fees, travel and equipment. Some teams have sponsors and they try to take care of as much of the cost as they can but that doesn’t usually cover it. Washington Square FC is definitely getting their money’s worth and is definitely taking advantage of a rare opportunity for a lower league soccer team to get this kind of support.