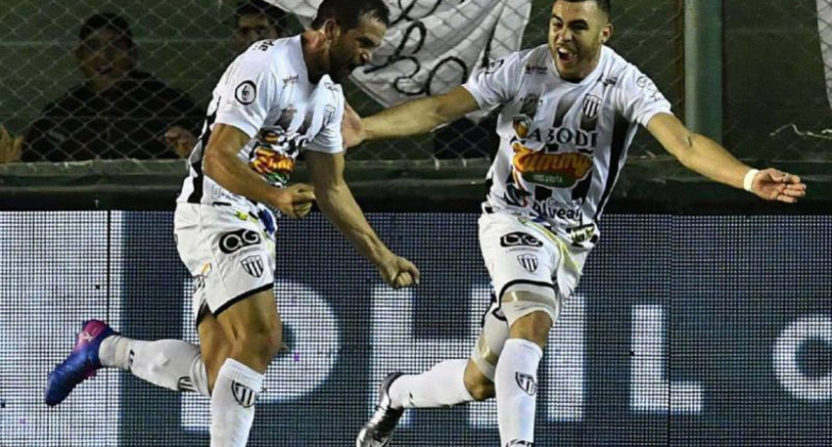 Plenty of soccer players have been criticized for being dirty, but that usually involves hard tackles, not stabbing opponents with needles hidden in their shin guards.  That’s what Federico Allende, a defender for Sport Club Pacifico, a team in Argentina’s fourth division (Torneo Federal B) did in their surprising 3-2 Copa Argentina upset of top-division Estudiantes Saturday, though. And how do we know this? Because Allende spoke about it in a post-match radio interview, as per the BBC:

Allende gave Cordoba’s Vorterix Radio an interview on Tuesday in which he said “you need to play dirty” to beat big clubs like Estudiantes de La Plata.

“I kept piercing the Estudiantes strikers with a needle,” said the Pacifico defender.

“We know that top division players don’t like contact, they don’t like if we waste time or if we play dirty. So that was the way to do it. Football is like that. Football is for the clever,” Allende said.

…South American football expert Tim Vickery told the BBC that Allende had hidden two needles in his shin guards. One broke but, when the referee was at the other end of the field, Allende used the other to poke Colombian striker Juan Otero several times.

Otero complained to the referee during the match but to no avail.

Admitting to something like that is quite the move. Allende went even further, though, as per ESPN FC’s report:

When asked how he stopped Estudiantes strikers during the encounter in Banfield, Buenos Aires, Allende, who started for Pacifico, said he took a page out of Carlos Salvador Bilardo’s book — Bilardo was the Argentine manager who won the World Cup with Diego Maradona in 1986.

“I had to resort to the old book,” he told Argentinian radio station Radio Vorterix .”The Great Bilardo. Needles!”

Bilardo was accused of having used needles to poke an opponent when he was a player in the 1960s when on the books of Estudiantes.

When asked if he had truly poked opponents, Allende said: “I promise, I killed [Juan Ferney] Otero.

“He will hate me but football is like that. You have to lose respect for opponents.

Meanwhile, Pacifico president Hector Moncado has said he’ll kick Allende out of the club. That seems deserved, as this certainly won’t help their reputation. And it gives the Estudiantes players plenty to complain about in the wake of this loss. We’ll see where this goes from here, but this is definitely one of the more unusual soccer stories in a while. There’s plenty to watch out for in a high-level soccer match, but that doesn’t typically include opponents with needles.