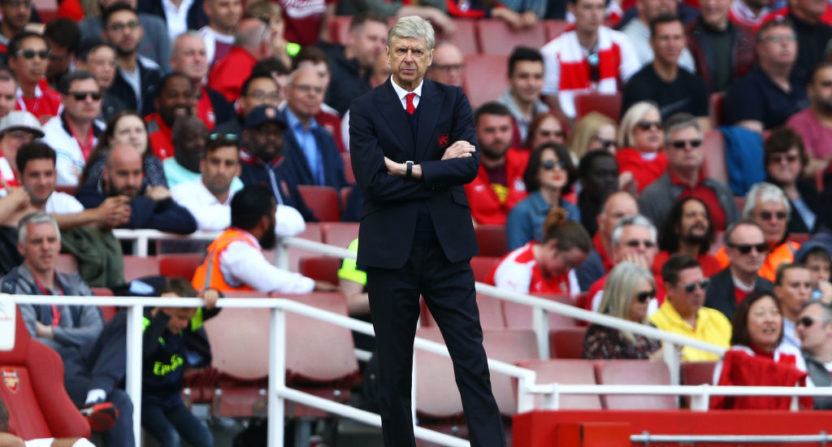 Liverpool and Manchester City were big winners today. The two clubs romped to victory and secured Champions League football next season. Arsenal, meanwhile, will have to settle for the Europa League. It will be the first time since the mid 90’s that the London club will miss out on a Champions League place.

The math was simple for Liverpool and City. Win and you’re in. Both clubs held their destiny in their hands. For Man City, they made short work of Watford, beating the hornets 5-0. The Manchester club put the game beyond doubt early, thanks to a brace from Sergio Aguero.

Things were much different in Liverpool. With Arsenal scoring early, the pressure was on the Merseyside club. The reds have been notorious this season for struggling against weaker opposition. For much of the first half, Liverpool looked like they once again might fail to break down an overly defensive side. With Arsenal winning, a draw wouldn’t have been good enough. Liverpool was creating chances, but nothing looked outright dangerous. It would take a goal from an unlikely source to change all that.

Shortly before halftime, Georginio Wijnaldum scored the goal that would eventually put Liverpool back into the Champions League. Wijnaldum ran onto the end of a Roberto Firmino pass and smashed home the opener. Liverpool would add two more in the second half, including one from a Coutinho free kick to put any hope Arsenal had to bed.

Arsenal’s attempt at getting back into the top four was always going to be out of their control, but they did what they had to. Despite going down to ten men and allowing a late penalty, the Gunners were the better team in their match against Everton. They put three past the Toffees, but in the end, Liverpool’s win meant their result was essentially meaningless.

Arsenal will have to play on Thursday nights now, which as Manchester United have shown can cause some problems with player fatigue. More concerning, however, might be the fate of some of the club’s biggest players. Alexis Sanchez, who has been linked with major clubs in Europe, might not be willing to abandon the Champions League so quickly as well as Mesut Ozil. It’s going to be a significant summer in North London, especially with Arsene Wenger’s fate yet to be decided and recent turmoil about a possible ownership change. But for now, Arsenal turn their attention to the FA Cup final against Chelsea.

Elsewhere in the league, Chelsea received their trophy, following a 5-1 hammering of Sunderland. The Blues had a tremendous season, turning around an abysmal campaign last year into a fifth Premier League title. They’ll go for the domestic double next weekend in the FA Cup.

Harry Kane scored a hat-trick today, his second in as many matches. His Spurs side put up the biggest scoreline of the day as they won 7-1 against Hull City. Kane went into the final weekend with a two goal lead on Romelu Lukaku for the Premier League’s top goal-scorer. His 29 goals this season give him his second consecutive golden boot.

The Premier League will be back again in August. Chelsea will try to defend their title, and a few faces, new and old, will be joining the league from the Championship. As the European league season comes to a close, only a few more finals to be played before the transfer window opens and teams try to gear up for another year.