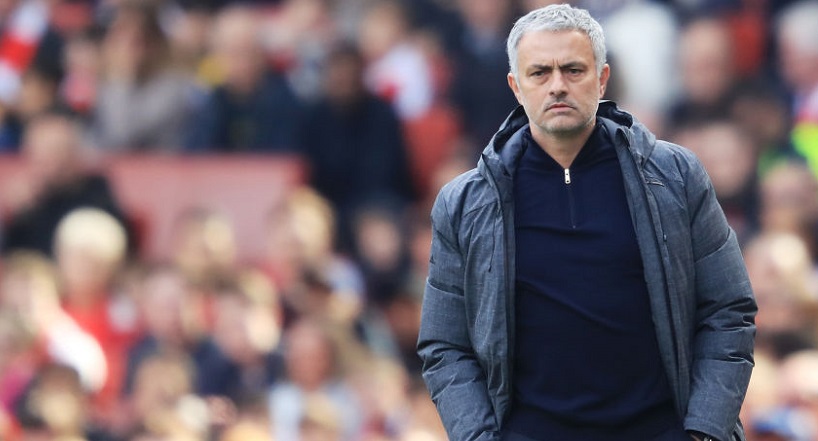 Arsene Wenger in crisis. It has been the hot narrative this Premier League season. Would a finish outside the top four, the first of the Wenger era, finally be enough to force Le Professeur out of the Arsenal post he has held since 1996?

This story is compelling – everyone enjoys Arsenal schadenfreude, aside from Arsenal fans – but it has overshadowed a predicament facing Jose Mourinho. The self-monikered “Special One” is finishing up his first season at Manchester United. 2016-17 has not been so special for the storied club.

The Red Devils sit in sixth place behind fifth-place Arsenal. With two matches left, it’s likely United will finish there. One of the crucial results was a 2-0 loss at Arsenal. That defeat was the first time Mourinho has lost to Wenger in league play.

Mourinho is the ultimate pragmatist. His teams play cynical, defensive soccer. He cares not for style. His managerial gift is getting some of the game’s most brilliant players to perform utilitarian tasks at high efficiency. Such results-focused means are justifiable, when they produce end results.

Manchester United brought Mourinho to win the EPL. That hasn’t happened. United is 25 points off Chelsea’s pace, with a game in hand. But amidst this form, Mourinho has avoided the dreaded “crisis” discussion. Much of the crisis talk about him was his personal one. Hell was being stuck by himself in a lavish Manchester hotel suite.

Mourinho’s latest defense is that he’s at Manchester United to win trophies. He has done that in a sense. United won the League Cup. The Red Devils could make it a double by beating Ajax in the Europa League final. Manchester United is not Fulham. Just playing in that second-tier tournament means something went wrong. The real value of winning the Europa League is that it now offers a backdoor route into the Champions League to make up for the league mishap.

Winning would paper over every crack and place United on its customary footing entering 2017-18. Losing would make this campaign an utter failure. It would put Mourinho under fire. It would also cost Manchester United about $65 million in lost tournament and sponsorship revenue. No pressure.

As thrilling as Manchester United marauding through European giants St. Etienne, Rostov, Anderlecht, and Celta Vigo to reach the final has been, one has to wonder whether they would have qualified naturally through the league if they had engineered an early exit from the tournament. Thursday to Sunday match turnarounds are bad enough. The fixture congestion has been devastating. United are in the midst of a 14 matches in 45 days to finish the season.

Was it unfair to expect wonders from Mourinho in his first year? Perhaps. But this is Manchester United. Mourinho inherited a squad with holes. Though, the club spent ridiculous sums to fill them. The club shelled out a world-record $115 million transfer for French star Paul Pogba and another $46 million for Henrik Mkhitaryan in central midfield. They bought Ivorian defender Eric Bailly for $42 million. There was also the $400,000-plus per week salary for “free transfer” Zlatan Ibrahimovic up front.

Moreover, this was not the first season United has spent handsomely. Manchester United spent more than $450 million net since 2013 assembling the team Mourinho put on the field. That was only the transfer fees. The EPL is competitive. But, top four should be the minimum expectation for United in any season.

Mourinho has hit greater heights than Wenger as a manager. He has won six league titles (at bigger spending clubs) since Wenger’s last in 2004. He has lifted the Champions League trophy twice. Wenger reached one final with Arsenal in 2006. But, Wenger never hit Mourinho’s lows. As we mentioned, this would be his first Arsenal team to finish outside the top four. Mourinho will do so this season. He also left a Chelsea team that did so in 2015.

Arsenal’s disappointing season built on a decade of them. Wenger had less rope to work with. After the Ferguson years, it will be years before Manchester United fans can rightfully complain about the club’s lack of success. Mourinho will get at least one more crack next year. But, things have taken an interesting turn.

Sour expression? Excuses? Poor results in big matches? Tactics that seemed much more formidable last decade? Jose Mourinho sounds a lot like Arsene Wenger. If a full-length zipper coat emerges at Old Trafford next season, United fans should be worried, especailly if Wenger departs and the English media is on the hunt for a new narrative.