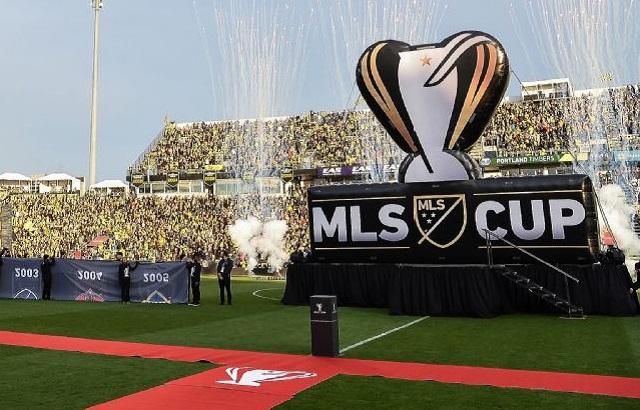 As baseball season nears its end with the World Series, Major League Soccer’s 21st season will also culminate in its annual playoffs, beginning on Wednesday night. And it sort of feels like these playoffs – held in spite of national soccer championships being decided by the final regular season standings in almost every other country – take on a new format every single year.

This is an exaggeration, of course. MLS hasn’t tinkered with its playoff mechanism since, well, 2015. But while the league has gotten ever closer to getting it right, it still isn’t quite there.

In the current format, the six best teams in each of the two 10-team conferences qualify for the playoffs. The top-two on each side get a bye from the so-called Knockout Round. The other four teams play a single elimination game, decided by regular season seeding, for a spot in the conference semi-finals. From there, it’s a straight bracket of home-and-away ties in the semis and conference finals until the one-off final.

It isn’t a bad format, per se. The single-elimination Knockout Round provides drama – much as it does in Major League Baseball’s newish Wild Card Games – and then the fairer two-game series favor the better team. The issue, however, lies in how little relevance this playoff system grants to the 34-game regular season.

For one, a full 60 percent of the field reaches the postseason. Which is to say that in seven months of action, a mere 40 percent of teams is eliminated. This will change next year, when Atlanta United and Minnesota United – Uniteds for everybody! – join the league. And probably the year after that as well, when Los Angeles FC and a Miami team are slated to enter MLS, provided the latter, David Beckham-led ownership group ever gets its stadium plans together. But chances are more spots will then be added to the playoffs, as the league usually has after expansion.

From a business standpoint, there’s something to be said for including as many teams in the playoffs as possible – it makes the league an easier sell to potential new owners, generates more revenue and satisfies more current and potential fans. And, frankly, MLS isn’t yet in a place where it can overlook business considerations for the sake of tighter competition, in spite of the league’s meteoric growth. 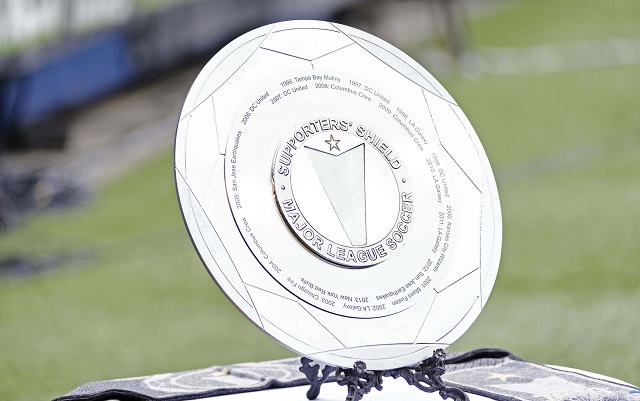 But aside from keeping an abundance of teams in contention, the regular season offers very few rewards for being successful in them. Yes, the outright winner gets the Supporters’ Shield, and that’s come to be viewed as a significant piece of silverware. But the teams who fought to place in the top-two of their conference are spared just a single knockout game. This has value, certainly. After that, however, those who did worse than them but still managed to gain a sixth place or higher are on totally equal footing – given that each team gets a home game.

Meanwhile, the only impetus to come third or fourth, rather than fifth or sixth, is that your Knockout Round game will be played at home, rather than on the road. To be fair, this matters, as 19 of 20 MLS teams had a winning home record during the regular season – and not one had a winning away record. The travel, altitude and varying weather conditions of the league are getting a global reputation for being grueling. And last year, all four home teams in the Knockout Round won, albeit on penalties in the Portland Timbers’ case.

This is a tiny sample size, however, and given the fickle nature of early-round playoff elimination games, home-field advantage is still a pretty small carrot to dangle in front of seven months of toil.

Some teams are known to sort of coast through the regular season – most notably the Los Angeles Galaxy – save their energy for the playoffs and then go on a run. And consider that last year’s winners, the Timbers, were just four wins above .500 in the regular season with eight ties, meaning they won 15 of their 34 regular season games.

While it offers up plenty of good games, a lot of the regular season feels like mandatory busywork, almost like an extended, glorified pre-season. Until the real things finally begins in October, nine months after preseason camps began. This is obviously problematic. If you aren’t going to anoint a champion on the strength of the regular season, it should at least be hard to get to the postseason.

When a regular season is something to just get through, a league damages its own product. Take the NBA, for instance. Most of the season is dull, until things finally pick up in the playoffs.

So FC Dallas, the regular season champions, and the revived Colorado Rapids will be rewarded for their fine work by skipping a single game. The Galaxy, in spite of winning just a dozen games in a sleepy season, could easily go on another run. That franchise has 40 all-time playoff wins, 11 more than anybody else, not to mention a record five championships and a record nine MLS Cup Final appearances. It also has a veteran team that knows just how to pull this sort of thing off.

Toronto FC, in just its second-ever playoffs – and still winless – is loaded with three of the best players in the league in Michael Bradley, Jozy Altidore and Sebastian Giovinco. It could finally do something after finally putting together something resembling a consistent-ish season. But then so could the Seattle Sounders, who had a horror show of a year – losing star strikers Obafemi Martins to China and Clint Dempsey to an irregular heartbeat, while long-time head coach Sigi Schmid was fired – but then finished strong and squeaked in.

The New York Red Bulls gave away points all over the place, yet still won a third Eastern Conference regular season title in four years. And New York City FC had all the ups and downs of a second-year-team with a first-year head coach – even losing to the hated Red Bulls 7-0 – but came second anyway.

Blame it on the league’s parity mechanisms or perhaps its standing in the global marketplace for players – below the Designated Player level, anyway – but it’s mediocre teams galore. The Sounders, Sporting Kansas City, Real Salt Lake and the Montreal Impact all had .500 seasons. D.C. United was just one game over that threshold. The Philadelphia Union, meanwhile, won 11 and lost 14 times. And the Union, Impact and RSL all had negative goal differences.

Yet a single win could redeem all of those sins and put them up against teams that actually deserve to be in the playoffs and open the possibility to a run a championship. For better or, probably, worse.