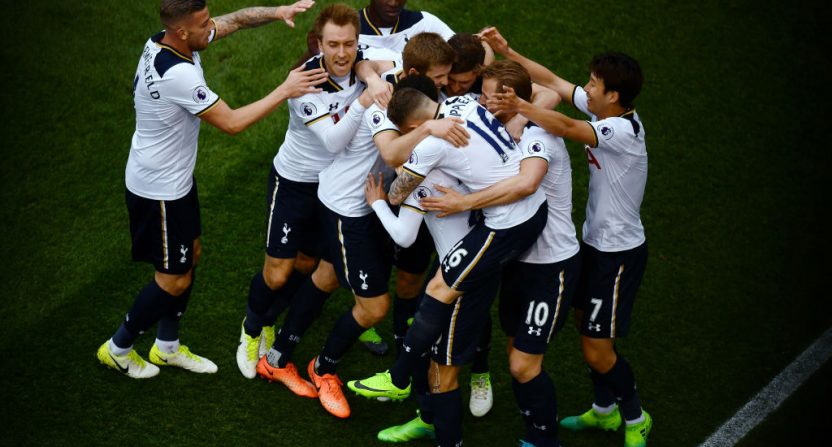 With two games remaining in the 2006-07 Premier League season “Big” Sam Allardyce resigned as manager of Bolton Wanderers. Allardyce had spent the past eight seasons in charge of Bolton, where he guided them to promotion to the Premier League, the FA Cup semifinal, the League Cup final, and the round of 32 of the UEFA Cup (now the Europa League).

Most impressively though, were Bolton’s league finishes in Big Sam’s final four seasons, of 8th, 6th, 8th, and 7th. Besides Bolton, the only other clubs to all finish in the top half of the table during those four seasons was the “Big Four” of Chelsea, Manchester United, Liverpool, and Arsenal.

Bolton achieved this feet by playing route one, direct old school English football. A rugged 4-4-2, with pacy wingers, physical midfielders, and two strikers up front. In short, they were boring.

Bolton felt they had established themselves as a bonafide top half finisher who could contend for a spot in Europe year in year out. But they wanted to play a nicer brand of football.

In 2008/09, Stoke City shocked the Premier League by not only avoiding relegation but finishing 12th. They did it by playing as disgusting and gritty as possible. They were direct, they were compact, they relied on set pieces, and they were very tough to beat at home.

Over the next eight years, they established themselves as a perennial midtable club, made an FA Cup final, and made it to the round of 32. Suddenly, everyone feared of a “cold, rainy night in Stoke.”

After consecutive ninth place finishes in 2015, the club decided they were ready to shed their reputation and play a new brand of football. Out went Asmir Begovic, Robert Huth, and Steven Nzonzi; in came more technical players like Xherdan Shaqiri, Joselu, and Ibrahim Afellay. The team was rebranded as the new ‘Sexy’ Stoke, who would play far more aesthetically pleasing football.

Stoke finished in ninth again that season. The following season they dropped to 13th, and a year later they were relegated.

Bolton and Stoke’s stories are a classic case of a club becoming too big for their own boots. They think they’ve established themselves firmly in a place, and decide they want to push for more. There’s nothing wrong with ambition but often times that ambition equates to a club abruptly changing their strategy and losing their foundation which worked.

“Those who do not learn from the past are doomed to repeat it.” We’ve all heard that line before, but it’s still very prevalent in the Premier League. With all the money that is being pumped into the league, clubs are determined to do anything to stay up.

That “anything” often means spending reckless amounts of money on players just for the sake of it, rather than going with what got them there.

What got them there is often a combination of the same thing. Building a foundation of youth players at the club, and supplementing them with smart low-risk signings.

At the turn of the century, West Ham were among the model academies in the Premier League. They produced players such as Rio Ferdinand, Jermaine Defoe, Frank Lampard, Michael Carrick, and Joe Cole.

Eventually those players outgrew the club and were sold to bigger clubs. That is what naturally happens in football. However, instead of replacing these players from within, the club recklessly spent the money on other big name signings, most of whom flopped. The club was relegated in 2001 and again in 2007.

In 2016, West Ham finished 7th, their best ever finish in the Premier League era. They did it by building a young team with smart low-key signings. But a year later, they decided to build on that 7th place finish immediately and began spending big money for high profile signings. After two years of this, they spent most of last season in a relegation battle, only pulling away at the end of the season.

In the 2010’s, the mantle of young feeder club was passed over to Southampton. They developed the likes of Theo Walcott, Gareth Bale, Luke Shaw, Nathaniel Clyne, Adam Lallana, and Alex Oxlaide-Chamberlain. Upon returning to the Premier League, the club added to their spine with several low-profile but shrewd signings, adding players like Morgan Schneiderlin, Dejan Lovren, Toby Alderweireld, Victor Wanyama, Sadio Mane, and Virgil van Dijk.

For a while, Southampton were the darlings of the Premier League. They unashamedly spoke of their financial model of selling off their best players. Yet despite losing key players every summer, there was always someone ready to take their place.

From 2014-2017, Southampton rattled off finishes of 8th, 7th, 6th, and 8th; a remarkable achievement for a club of their size made all the more remarkable by the fact that they did it with three different managers!

As with everyone else, things changed. Out were the low-key signings Southampton had been making and in came the big money players. Last season, Southampton spent £54.4 million for Jan Bednerak, Mario Lamina, Wesley Hoedt, and Guido Carrillo. Four players from four different countries who were expected to fall right into Southampton’s system. It shouldn’t come as a surprise to hear that Southampton are currently 18th in the table, after barely fighting off relegation last year.

There are many reasons these clubs end up taking a tumble. For starters, the youth well has to dry up eventually. It’s simply not possible to produce a Gareth Bale or Frank Lampard every three years. In Southampton’s case, the departure of head of recruitment Paul Mitchell left the club really struggling to replace outbound players.

But the biggest cause of the drop goes back to teams simply forgetting about their foundation. Every club these days wants to be Tottenham, the team that established themselves as one of the perennial Champions League big boys without the financial muscle of all the other top six clubs.

The clubs think that with a couple of top half finishes and the backing of the Premier League’s TV contract, they can fight off the big boys poaching their players and add some quality of their own.

What these clubs are seemingly forgetting, is that Tottenham became a top four contender by going back to a strategy of remembering their foundation.

After making the Champions League in 2010, Tottenham went through five years of mediocrity. They sold Gareth Bale and Luka Modric for big money and tried to use the money to immediately replace them. It didn’t work, and only when Spurs went back to buying cheap young talent and letting them develop did they consistently crash the top four.

Every team wants to be considered a big club. They dream of winning league titles and lifting the European Cup. They don’t want to be seen as a club whose best players are constantly jumping ship to bigger and better offers.

The truth is there’s nothing wrong with being that kind of club. You can even be successful, as long as you acknowledge where your place is.

Look no further than Borussia Dortmund. In the last three years, they’ve lost manager Thomas Tuchel as well as Ousmane Dembele and Pierre Emerick-Aubameyang. This year they’re in the midst of their best season since 2012, sitting top of the Bundesliga table at the winter break.

Dortmund makes no secret that they don’t have the financial muscle to spend big in the transfer market. They openly speak about how their key is developing their youth players, and when it’s time for them to move on, they sell. Just like when they sold Christian Pulisic to Chelsea for big money. Their slight dip in the middle of the decade coincides exactly when they tried to replace Robert Lewandowski and Mario Gotze in the transfer market rather than internally.

Borussia Dortmund are the model club. They’re one of the big boys of Europe despite punching well above their weight class. With every Premier League club not wanting more but also being afraid of relegation, Dortmund have given them the blueprint for how to achieve exactly that:

Never abandon your youth development and don’t forget where you are in the pecking order.