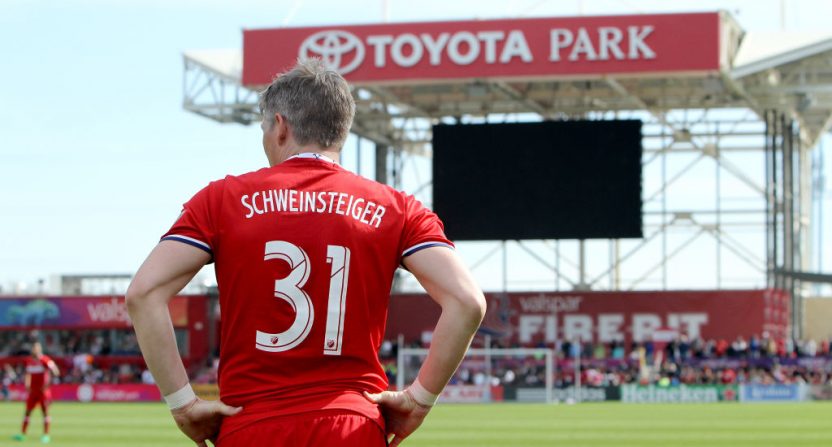 Arguably the biggest MLS news of last week was the Chicago Fire’s official signing of Bastian Schweinsteiger, who will join the ranks of the declining “aging European superstar” demographic. The German World Cup winner, who last played for Manchester United in the Premier League, is a 32-year-old central midfielder with loads of experience but little physical ability left.

Schweinsteiger is not a good fit in Chicago. Sticking out like a sore thumb in the Fire’s young, domestically-oriented rebuilding phase, he plays a position that is already filled and will hinder the future development of the organization for years to come. Dax McCarty and Juninho, two longtime MLS players, have the deep midfield position locked down. And if Schweinsteiger is to displace either one of them, he will disrupt the current state of the team even further.

In addition, what should have been the Fire’s top priority — acquiring a central creator to go along with the midfield and attackers David Accam and Nemanja Nikolic — is now something that can’t be done, both because Schweinsteiger will never sit and because the cash needed to pick up a top-tier No. 10 is in the pocket of a player who will not come close to fixing the need.

Not ideal for poor manager Veljko Paunovic, who had the organization trending in the right direction before this horribly misguided signing took place. But Paunovic, known for his success with the Serbian U-20 side — put together the best possible XI he could given his now-limited options in the Fire’s first match since the acquisition (a 2-2 home draw with Montreal).

Needing to figure a way to put McCarty, Juninho, and Schweinsteiger on the field together at the same time, Paunovic went with a 4-3-3 that played the three veteran midfielders behind a front three of Accam, Nikolic, and Arturo Alvarez. There are numerous flaws — they can’t be avoided with Schweinsteiger in the lineup — but it keeps the team at least on a path similar to the one they were on before last week.

In other words, they neither upgraded nor downgraded, at least for the current moment.

For the future of the club and the league, this signing is a bad thing that could hurt their on-field performance for years to come, and sets back MLS in its quest to improve its worldwide standing and respect. But for right now, it won’t hurt them too badly, and thanks to some tactical maneuvering from Paunovic, it could even provide some benefits.

Here’s the basic set-up the Fire went with against Montreal: 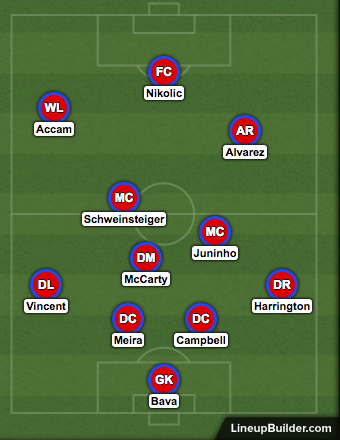 It was, pure and simple, a 4-3-3, a transition from their previous favored formation, the 4-2-3-1. Basically, the midfield three was very free-flowing on the direction of McCarty, and saw Schweinsteiger mostly stay positioned slightly higher than the other two (did you expect him to play defense?). The front three was far more isolated and stayed far higher up the field than its previous positioning, which was deeper due to the 4-4-1-1 nature of the formation, and Michael de Leeuw’s striker tendencies. A positive coming out of this is that David Accam is getting more touches on the ball in positive areas and more space to move forward.

Schweinsteiger, admittedly, had a solid debut. He put multiple brilliant balls through and wasn’t completely a liability yet, although I think that will come. Oh yeah, and he did score a nice little set piece goal when Montreal somehow forgot to mark him.

The problems are there, though, for Paunovic and the Fire, and as long as Schweinsteiger is in the lineup, at least some of them are here to stay. They continue to get beat down flanks due to inferior athleticism and a lack of mobility in midfield, and their lines sometimes get disconnected, particularly the one between the midfield and the forwards. There is no creator, so they’ll have trouble conjuring consistent chances from different avenues than just counters and set pieces.

So for now, the Fire aren’t all that different from what they were before. But in the future, they will be haunted by this misguided acquisition, and sooner rather than later, they’ll start feeling the effects.