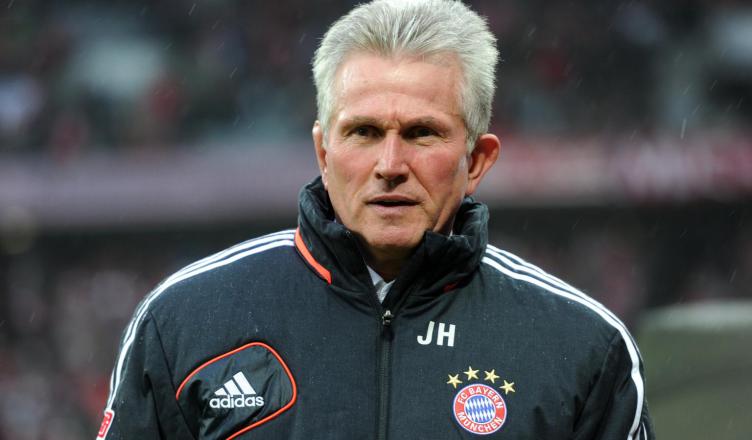 When Bayern Munich fired Carlo Ancelotti back in October, the club was in real turmoil. The side was slipping in the standings and getting trounced in the Champions League. Bayern brought in a steady hand to help right the ship.

Jupp Heynckes was that steady hand. The 72-year-old was pried away from retirement by his good friend Uli Hoeness. Heynckes returned to Bayern and almost immediately started getting results. The players looked happier and their performances on the pitch showed. Thanks to Heynckes and a little help from their rivals, Bayern were back in first.  The interim manager proved to be a perfect choice.

The good times were bound to end, however. Heynckes had retired once before and has made it abundantly clear that he intends to retire again this summer. It seems that everyone knows this, except for Hoeness. The Bayern president has seemingly made it his mission to convince the septuagenarian to sign an extension. Hoeness almost seems to be bullying his manager into sticking around and it’s creating a mess for the club’s well being.

At some point, Bayern will need to find a new coach and their board’s public pressure on Heynckes is making that hard. The seemingly odds-on favorite just a few months ago, Thomas Tuchel, has reportedly told the Munich club that he no longer has any interest in managing in Bavaria. Tuchel is a big name and German, he had a lot going for him at Dortmund before a falling out with management. His style of play would have fit in with Bayern as well.

Alas, he likely became frustrated and decided that Bayern wasn’t worth the trouble.

None of that paints Bayern in a particularly flattering light. A big name coach isn’t going to want to come to Munich and have to play politics. Tuchel had hinted at wanting the job back when it was available, but it seems that Bayern was leading the coach on for far too long. There were even reports of some infighting. Hoeness was opposed to signing Tuchel, while the rest of the board were very keen on signing the 44-year-old.

So what does this all mean for Bayern? For one thing, it could leave them up a creek without a paddle. Especially in the transfer market, Bayern is set for a very important transfer window this summer. Franck Ribery and Arjen Robben are getting too old to regularly be considered reliable options. The club is also likely going to have to deal with an onslaught of offers from Real Madrid for striker Robert Lewandowski. Having a non-interim coach in charge could go a long way towards bringing calm to Säbener Strasse.

Bayern still has time to solve this problem, but they aren’t making it easy on themselves. They could go out and grab Tottenham manager Mauricio Pochettino. There are rumors that they have reached out to the Argentine recently. But if they are committed to a German boss, as Hoeness seems to prefer, there are still options. RB Leipzig boss Ralph Hasenhüttl outclassed Heynckes last weekend, and Joachim Löw’s name has long been linked to Bayern. The 30-year-old prodigy Julian Nagelsmann can’t be counted out either. And who knows, maybe Heynckes submits to his boss’ wishes and returns.

Regardless of who is in Bayern’s dugout next year, this strange circus has left many people scratching their heads. If Bayern is as well run as they like to project, how does something like this happen?