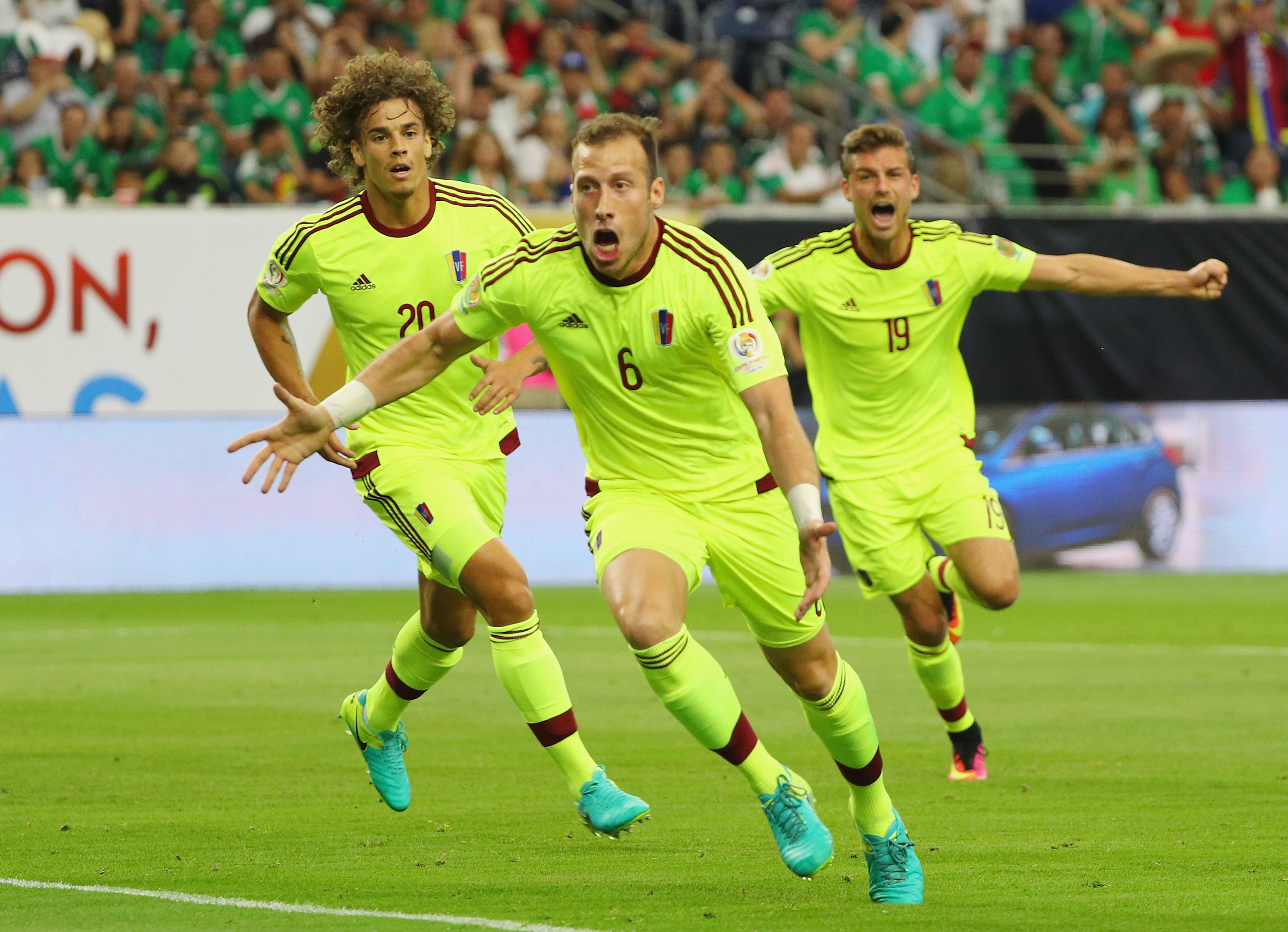 The Copa America Centenario has been one of the most surprising Copa Americas in history. It has brought surprise teams which pundits and experts thought had no chance of advancing, and inversely there have been teams that have disappointed in a very big way. There have been players that really stepped it up and others that have failed to meet the moment. Here, we take a look at the biggest surprises of the Copa America group stage.

Surely, the biggest surprises so far have been Peru and Venezuela advancing past the group stages. Both had to battle through tough groups in order to advance into the knockout rounds, as Peru (controversially) won in their final match day in a dramatic do-or-die game against the mighty Brazil. But don’t think that Peru is only into knockout stages because of their “Hand of God” goal.

The Peru offense has been firing on all cylinders and even though they have only scored four goals, their slick passing and ability to get goals when most needed make them dangerous going forward. The pairing of Paolo Guerrero as the playmaker and Christian Cueva and Edison Flores up top has been the story for La Blanquirroja, with three goals and three assists between them. However, the Peruvian defense will need to be better if they have hopes of advancing past the quarterfinals.

Venezuela has been the surprise story of the Copa, currently sitting dead last in CONMEBOL World Cup qualifying with only one point to show for after six games. So not much was expected from Venezuela, but they have really proven their critics wrong. In a group where Mexico and Uruguay were expected to dominate, Venezuela surged, first by beating Jamaica and then the shock of the Copa when they scored a 36th minute goal against Uruguay and never let the lead go. José Rondón was the hero in that game for La Vinotinto, as they kept Uruguay off the scoresheet to clinch a big win.

Then came the Mexico game where Venezuela, again, scored early thanks to a José Velázquez scissor kick goal. With an amazing performance by their game-changer, goalkeeper Dani Hernández, Venezuela looked like they were going to win the group until a late Jesus Manuel Corona goal dashed their dreams. Either way, Venezuela really shocked the world with a win over Uruguay and Jamaica, and managing a draw against a tough Mexico squad. Look for them to rely on Hernández’s quick reflexes if they want to make a run past the quarterfinals.

On the other side of things, we have had teams that surprised with how awfully they played in this Copa America Centenario. Brazil and Uruguay, two of the most prestigious teams in Copa America history, are out of the Copa before reaching the quarterfinals. Brazil, who was without Neymar to begin with, also had to deal with a multitude of injuries to key players, so Dunga had to reach out to players that wouldn’t normally make the squad. Not only that, but he also had very little time to integrate the replacements into the squad, which factors into why Brazil didn’t perform as they were expected to.

Even though Brazil scored seven goals, those all occurred in one game and they could have used some of those goals in their other matches, since their offense was shut down and they did not score in their games against Peru and Ecuador. Dunga was criticized for underestimating Ecuador and not coming out with a more offensive squad, and also left Hulk on the bench for all three games, which left a lot of people asking why one of their most potent forwards was not called upon in this tournament. Their early exit from the competition has led, unsurprisingly, to Dunga’s sacking as Brazil will try to look to rebuild under new coach Tite in their attempt to qualify for the 2018 World Cup.

And then there is Uruguay. Poor Uruguay got off to the roughest of starts even before the ball started rolling in their first game. After the whole anthem snafu, Uruguay was soundly beaten by Mexico, 3-1, and their psychological state of mind must have not been at 100 percent as they were upset by Venezuela in a defeat that knocked them out of the competition. The Venezuela game was infamous for having Suarez get ready and taping up his boots before realizing he wasn’t able to participate in the first place. He threw a huge fit, which in itself was surprising, since the star Uruguayan did not play a single minute in this tournament.

Uruguay did have Edinson Cavani, who was supposed to take over while Suarez sat out, but he could not find the back of the net to save his life. This was most evident in their win against Jamaica where everyone seemed to score but Cavani. Every chance he had on goal rang off a post, just went wide or just plain refused to go in, no matter how hard he tried, with even teammates trying to set up a pass for him to score. To see him go goalless in this Copa America, as he has in the previous two Copa Americas, is really surprising, and an injustice to see a player of that caliber go unrewarded.