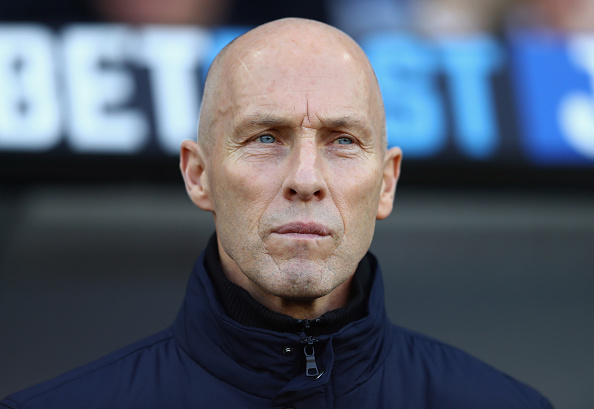 The only walls Bob Bradley wanted to tear down during his tenure as manager of Swansea City were on the pitch.

The former Swansea City manager is shooting down rumors that players and others within the organization referred to him as Ronald Reagan for his old-school approach to the game. Reagan was known for his no-nonsense, traditional viewpoint when he was president of the United States in the 1980s. Bradley dismissed the moniker, saying players wouldn’t even know who Reagan was.

“Trust me on this, not one of those players knows who Ronald Reagan is,” Bradley told The Irish Times.

Reagan was a pretty polarizing figure in global history, so even if his players weren’t American, I’d guess they’ve heard the name before.

After getting canned, Bradley revealed multiple perceived issues with the club. He said trust between ownership and fans was poor and that his team struggled because it was still in the process of being rebuilt.

“There is a real trust issue between the supporters and the people involved in the change of ownership,” he said. “That has to improve. The other aspect is the team. When you take over a team and you’re in that part of the table – just like when I took over from Francesco [Guidolin] – it’s for a reason. The reason is that the team needs to be improved.”

For a team undergoing so much change, Bradley’s alleged Reagan-esque ways could have been poorly received. Swansea City was looking to rebuild its confidence under his lead, and if he went too hard on players, his message could have been lost immediately. Although, the Reagan rumors could have been started by an ownership group looking to pin the club’s struggles on the former man-in-charge.

Bradley should take the comments in-stride, as at least Reagan was a memorable President. Calling him John Tyler might have been more insulting.