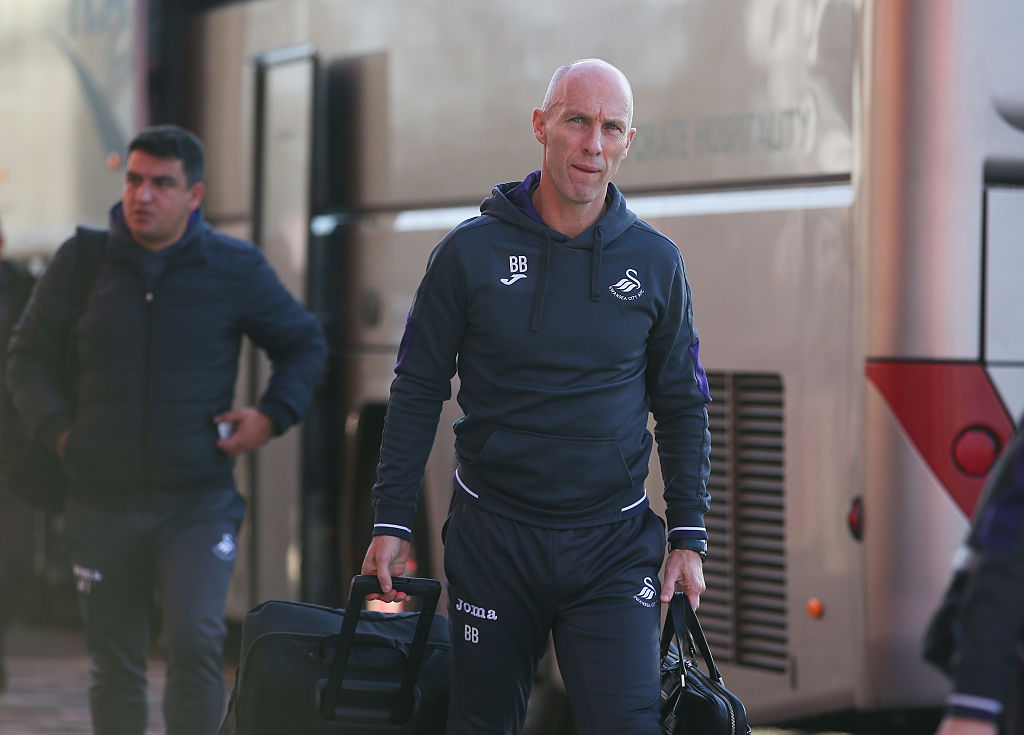 When Bob Bradley was announced as Swansea City’s new manager 86 days ago, there were high hopes and expectations for the most traveled and most decorated American soccer manager to try to revive the club’s fortunes. But after his 11 games in charge, and Swansea in deep relegation trouble, the club sacked Bradley, putting an unceremonious end to the first managerial spell for an American in a top flight European league.

While many will rush to say this is an indictment on the quality of American managers, this sacking is more of an indictment of the club, and a bit of English xenophobia, than it is on Bradley’s abilities.

His team was only able to collect eight points out of a possible 33, scoring only 13 goals (five of them in one match) and conceding 29. Francesco Guidolin’s team had a better defensive record, but equal troubles scoring goals. While quite a bit could be said about how Bradley’s teams defended (which is to say, they didn’t very often), part of the reason Bradley couldn’t fix what his predecessors left him is not his doing.

Swansea has always prided itself on a playing style that outlives and outlasts individual managers, which is why they were able to transition so neatly away from Brendan Rogers after he guided the Swans to promotion more than five years ago. But recently, that has started to break down as no manager has stayed at Swansea longer than two full years since Roberto Martinez left the club in June of 2009.  And with the heavy rotation of managers, the vision for a consistent playing style has broken down as time passed, leaving a broken squad bought by many different managers together with no consistent identity, cohesion or plan.

Having been appointed in October and sacked in December, Bob Bradley had no way of imprinting his vision on the squad besides doing the best with what he had, which is to say, very little. The past few transfer windows has seen the club do horrific business in the transfer market, not the least of which this past summer included selling club captain Ashley Williams to Everton and deciding not to replace him.

Only Gylfi Sigurdsson seems to have the necessary quality in every match, but he can only do so much himself. None of their other recent transfer moves have worked out, leaving Bradley to play untested youth players in positions where they won’t be able to succeed, and the expected results come with it.

So Bradley didn’t have enough time to even come close to fixing the problems at Swansea City. But he was also fighting against another tide he had no chance of beating back: a bit of English soccer xenophobia. Foreign managers are now a staple of the English game, but there’s something about American managers that doesn’t compute with English (and Welsh) fans.

This became evident when Bradley faced criticism for using American terms in press conferences and post-match interviews, which naturally caused some to freak out. Bradley tried his very best to use the “correct” terms, such as penalty instead of PK, away game instead of road game, nil instead of zero, etc, but sometimes the force of old habits comes into play, and Bradley should have never faced criticism for it. He actually had been using more British terms than American ones during those press conferences, but one “slip” and he was done for in the eyes of some.

Was Bradley the right manager to bring Swansea City out of their funk and save their Premier League lives? Probably not. There was too much at that club he couldn’t control, and with the pressure to stay up as immense as ever, he was never going to be given the time needed to do what he did at Stabæk in Norway and Le Havre in France in short doses. What would have been best for him is to take the job at a lower league club, preferably Championship level, in England and work with them to earn promotion. But when you’re offered the job at a Premier League club, obviously you’d take it.

Bradley was in a no-win situation at Swansea, and his failures don’t dent his image as one of the most qualified and able American managers in the sport today. The job was too big for him to be sure, but it’s likely too big for anyone, regardless of nationality at this point.